During the session, the rupee moved between 76.68 and a low of 76.87 against the US dollar. It had settled at 76.44 against the greenback on Wednesday. 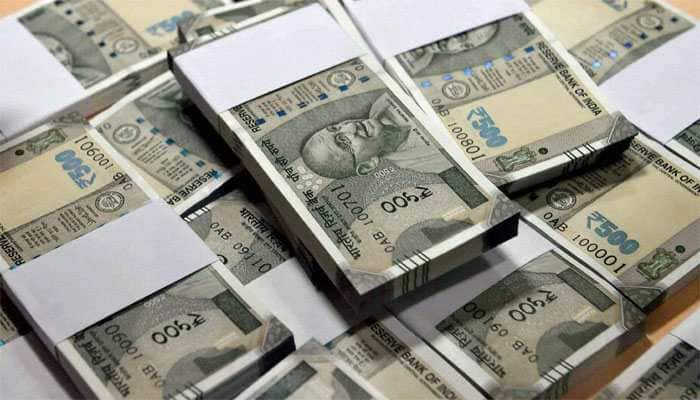 New Delhi: The Indian rupee on Thursday (April 16) tanked 43 paise to settle at an all-time low of 76.87 (provisional) against the US dollar amid rising concerns over coronavirus-led economic slowdown. At the interbank foreign exchange, the domestic unit opened weak at 76.75, and during the day lost further ground to settle at 76.87, registering a fall of 43 paise over its previous close.

Forex traders reportedly said the weakness in the rupee was largely due to strengthening of the US Dollar against a basket of currencies as investors fled to safe haven greenback amid weakening risk appetite in the markets.

During the session, the rupee moved between 76.68 and a low of 76.87 against the US dollar. It had settled at 76.44 against the greenback on Wednesday.

The dollar index, which gauges the greenback's strength against a basket of six currencies, rose by 0.29 per cent to 99.75.

Notably, equity and currency markets are subdued due to the bleak economic outlook both for India and the global economy amid the coronavirus pandemic.

Recently, International Monetary Fund`s World Economic Outlook (WEO) report presents a dark picture of the world with the global economy shrinking by 3 per cent this year.

Further, with the extension of the nationwide lockdown till May 3, a Barclays report has also projected that India`s GDP will stagnate and not grow at all during the calendar year 2020.

IMF report today said that Asia's economic growth this year will grind to a halt for the first time in 60 years, as the coronavirus crisis takes an "unprecedented" toll on the region's service sector and major export destinations.