The benchmark Sensex surged over 450 points in mid-session trade Thursday taking a lead from overseas, with the Dow surging to a record for the third straight session. 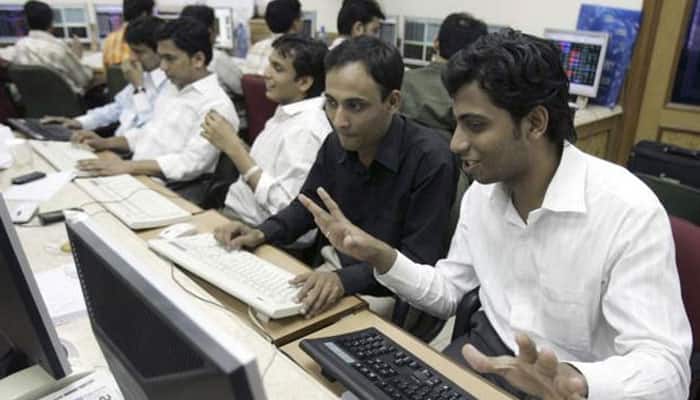 The benchmark Sensex surged over 450 points in mid-session trade Thursday taking a lead from overseas, with the Dow surging to a record for the third straight session.

Also, the broader NSE Nifty again went past the key 8,200-mark in the process.

The gauge had lost 155.89 points in the previous session yesterday following the RBI decision to leave interest rates unchanged that caught the market by surprise.

Overseas rally has been sparked by hopes President-elect Donald Trump and the Republican-led Congress will enact policies that fuel stronger growth and loosen regulation in the world`s biggest economy.

The European Central Bank is widely expected to prolong massive monetary stimulus today to spur an economy crimped by a rise in political uncertainty as exemplified by Trump`s upset win, Brexit and the rise of the far right in Europe.

The US Dow Jones Industrial Average ended at a new high by rising 1.55 per cent in yesterday's trade.