Navy's ROV was sent down the 370-feet-deep rat-hole coal mine in Meghalaya. 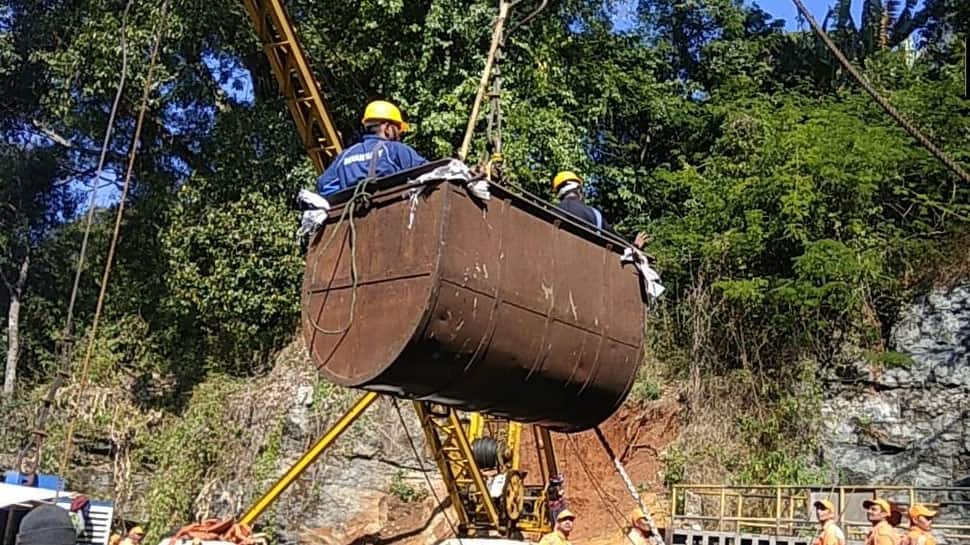 SHILLONG: The ongoing rescue operation to trace 15 unmanned Meghalaya miners hit a major roadblock after an unmanned, remotely operated vehicle (ROV) of the Navy, which was meant to measure to visibility at the base of the shaft, reportedly got stuck late on Monday.

The ROV was sent down the 370-feet-deep rat-hole coal mine in Meghalaya, where 15 miners are trapped since December 13.

#MeghalayaMiners : Operation continues to rescue the miners who have been trapped in a mine at Ksan near Lyteiñ River in East Jaintia Hills. They are trapped since 13 December. pic.twitter.com/K3pdJuR0SH

The unmanned vehicle was put into service to determine the visibility deep down at the bottom of the mine shaft to find if there was any sign of the trapped miners, a senior government official said, requesting anonymity.

"The underwater remotely operated vehicle got stuck at the bottom of the 370-feet-mine where the depth of water is over 160 feet," the official was quoted as saying by PTI.

However, it is yet to be established how the machine got stuck in the mine shaft.

Rescuers, however, at the site suspect that the vehicle could have got itself entangled with some parts of the pump put in by Kirloskar Borthers Ltd which had fallen down.

Chief Minister Conrad K Sangma, who was overseeing the entire operation, was also not alerted about the matter as it was "too sensitive", according to the official sources.

Importantly, this information was also not disclosed by the operation spokesperson R Susngi in his routine update to the media in the evening.

Meanwhile, according to Susngi, Coal India Ltd pumps managed to pull out 2.25 lakh litres of water in two hours as the pump was operational only in the afternoon.

#MeghalayaMiners : Coal India Limited (CIL) today started pumping out water from the old shaft at around 3.30 pm. In 2 hrs, approximately 2,26,800 litres of water was pumped out. Indian Navy divers have put down Under Water Remotely Operating Vehicle(UWROV)&work is in progress. pic.twitter.com/SUl00zb3BU

The two pumps put in by OFS for 10 hours managed to pump out approximate 1.8 lakh litres of water from another abandoned mine shaft nearby, Susngi said.

The operations will resume again on Tuesday, which will be the 27th day of the Meghalaya mine disaster.