The city has been experiencing torrential rainfall for the past 24 hours, leading to waterlogging in most parts. 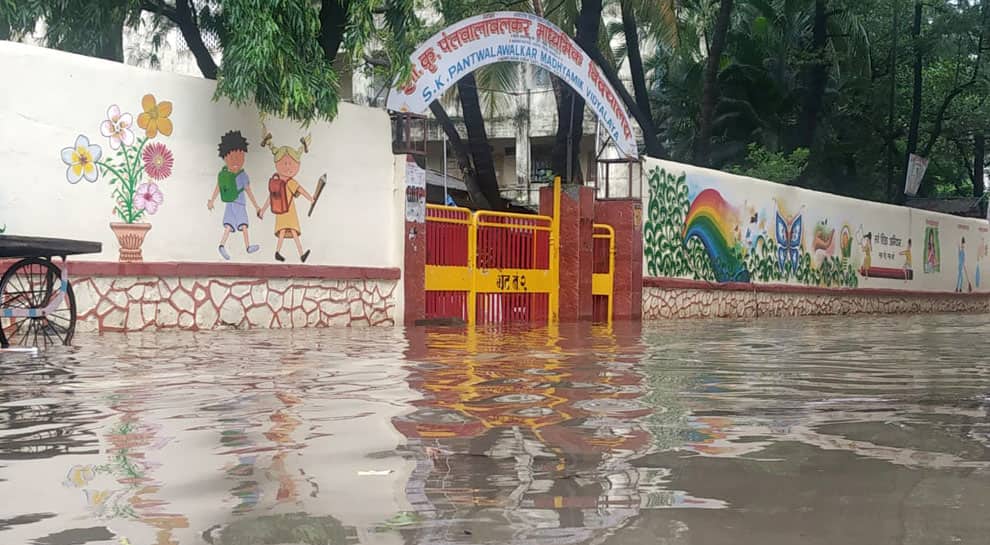 Street being waterlogged outside SK Pant-Walawalkar middle School in Kurla East after incessant rain for the last 24 hrs in Mumbai. (ANI/File Photo)
Share:
Written By:

MUMBAI: The India Meteorological Department Saturday issued a red alert warning for Mumbai and its suburbs, following "extreme to very heavy rainfall" forecast in the next 48 hours. The Brihanmumbai Municipal Corporation (BMC) ordered the closure of all schools, colleges and educational institutes.

The city has been experiencing torrential rainfall for the past 24 hours, leading to waterlogging in most parts. Movement of traffic and local trains was impacted. Routes of several BEST buses were diverted. Sanjay Gandhi National Park in Borivali also closed for visitors after heavy rain led to River Mithi inside overflowing over danger marks.

Due to heavy rains, a large amount of garbage flowed on the seaside road. The BMC is in the process of removing it but the work is likely to be hampered due to high tide in the afternoon.

Subways in Dahisar, Kandivali, Malad, Andheri, Santacruz were flooded stopping traffic movement in the east-west directions, and many vehicles and two-wheelers were stranded in the flood waters.