Pati Patni Aur Woh remake has been directed by Mudassar Aziz and is produced by Bhushan Kumar. 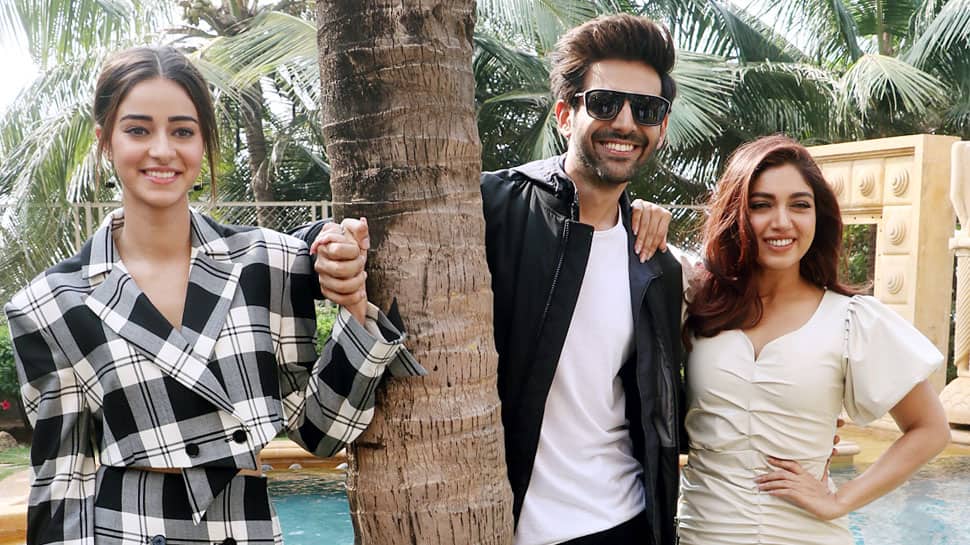 New Delhi: The latest 'IT' boy of Bollywood, Kartik Aaryan is gearing up for the release of his upcoming venture 'Pati Patni Aur Woh'. The venture is a remake of 1978 classic of the same name starring Sanjeev Kumar, Vidya Sinha and Ranjeeta Kaur respectively.

'Dilbara' has been sung and composed by Sachet Tandon and Parampara Thakur.

The remake has been directed by Mudassar Aziz and is produced by Bhushan Kumar. 'Pati Patni Aur Woh' remake is set to hit the screens on December 6, 2019.

This is the first time that the lead trio has joined forces for a project.

On the professional front, Kartik will be seen with Sara Ali Khan in Imtiaz Ali's 'Love Aaj Kal' sequel. He has also managed to bag 'Dostana 2' under Dharma Productions co-starring Janhvi Kapoor and newbie Lakshya.

And he has signed 'Bhool Bhulaiyaa 2' with Kiara Advani. The film will be directed by Anees Bazmee. The original starred Akshay Kumar and Vidya Balan.