After months of speculation, singer-songwriter Ed Sheeran confirmed that he is officially off the market! The 28-year-old singer revealed the big news on his new album `No.6 Collaborations Project,` which released on Friday. 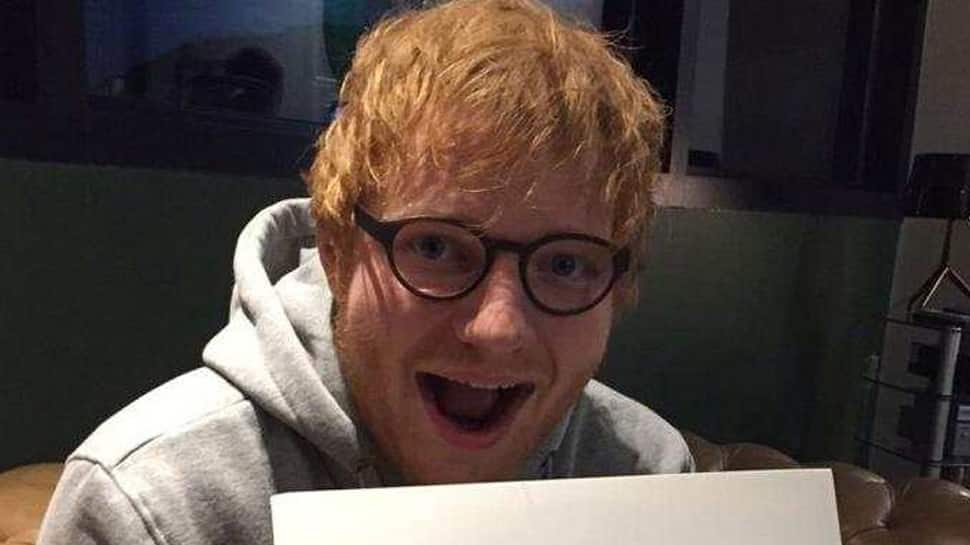 Washington DC: After months of speculation, singer-songwriter Ed Sheeran confirmed that he is officially off the market! The 28-year-old singer revealed the big news on his new album `No.6 Collaborations Project,` which released on Friday.

In his song titled `Remember the Name` featuring Eminem and 50 Cent, Sheeran sings, "Watch how the lyrics in this song might get twisted. My wife wears red but looks better without the lipstick." His wife, of course, is his long-time love Cherry Seaborn and he confirmed the same in a new interview, reported E! News.

Sheeran opens up about the lyrics of the song during an interview with iHeartRadio`s Charlamagne Tha God, as cited by E! News.

"It was actually before me and Cherry got married, and I knew that we`d be married by the point that the song came out," he said.

"So I said, Watch how the lyrics in this song might get twisted. My wife wears red but looks better without the lipstick. And I was like `cause someone`s going to hear that and be like `Oh they`re married,` and I didn`t know how that would be. But, obviously, it`s already come out," he added.

He also gushed about his lady love while discussing his song `Best Part Of Me`, featuring YEBBA."I constantly wake up every day with Cherry and I`m just like, `Why the f--ck are you with me? You could literally be with whoever you wanted, and you`ve chosen me. And I`m saying all of the things that I think are wrong with me, but you still want to be with me. And I just find that amazing," he said.

In fact, he added, "It`s quite sweet to always think that the person that you`re with is out of your league" and that it "would be the worst thing" to take the relationship for granted."I tour a lot. I spend a lot of time on the road. And I have to go on the road and have this belief that, you know, this is meant to be," he said of his relationship with Seaborn.

Sheeran also sang about his beloved wife in the song `Cross Me` featuring Chance The Rapper and PnB Rock. "She likes it. She likes it a lot. I think she likes the message of it. It makes her feel, like, bad ass, as well, you know? You originally hear the song, and it sounds like it`s me being like, `Well I`m going to be protective,` but actually it`s both," he said of his wife`s thoughts about the song.

It seems like his lady love also helped him come up with ideas for his music including his collaboration with Justin Bieber for his super hit song `I Don`t Care`. " Bieber just got married. I`d just got married. That song is about being at an industry event with the woman you love, or the person you love, and kind of being like, F--k this, let`s just have fun ourselves. It was actually Cherry`s idea, because she was like, `Oh, why don`t you get Bieber? Like, he`d be perfect for this. He just fits it," he said.

Sheeran first met Seaborn at school when he was 11 but their relationship didn`t turn romantic until the summer of 2015, when they reconnected and shared their first date at Taylor Swift`s then-annual Fourth of July gala, reported People.Rumors

of Sheeran and Seaborn tying the knot in a top-secret wedding back in February spread like wildfire. The Grammy-award winning singer had kept his fans on their toes ever since he revealed he had popped the question back in December 2017.