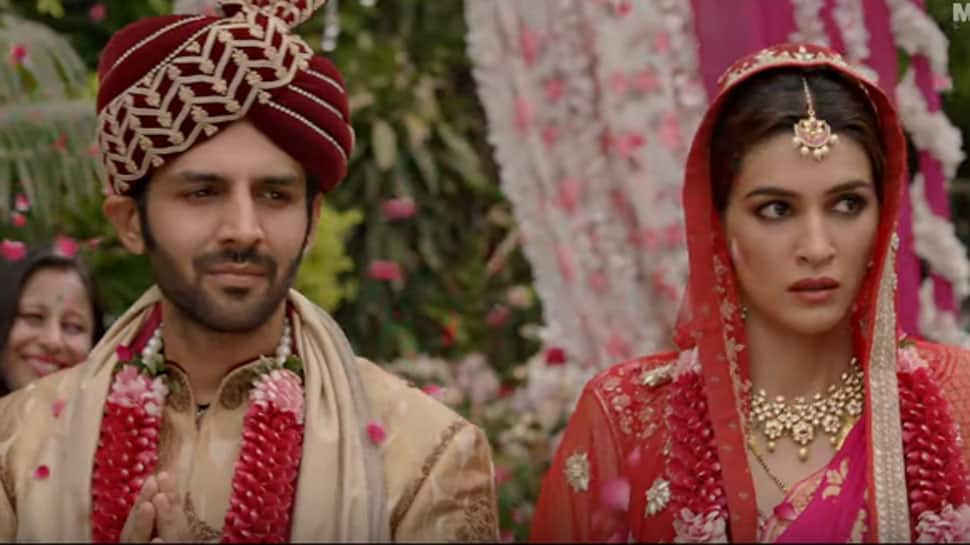 New Delhi: After the trailer of 'Luka Chuppi' was unveiled recently, the buzz has been positive for Kartik Aaryan and Kriti Sanon starrer. Fans have given it a big thumbs up and looks like another rom-com by 'Sonu Ke Titu Ki Sweety' is in the offing.

To make the film a massy affair, the makers have tapped in the remix music element. A popular song titled 'Poster Chapwa Do' from superstar Akshay Kumar's 'Aflatoon' movie has been recreated for 'Luka Chuppi'. Guess what? None other than Khiladi Akshay Kumar will be seen making a special appearance in the song as well.

Yes! The full song will be out tomorrow and to make the announcement quirky, here's what Kartik Aaryan shared on Twitter:

Looks like the trio of Akshay-Kartik and Kriti had a lot of fun while shooting the peppy, dance number. The movie is directed by Laxman Utekar and produced by Dinesh Vijan. The film is scheduled to hit the screens on March 1, 2019. 'Luka Chuppi' also stars Aparshakti Khurana, Pankaj Tripathi and Vinay Pathak in pivotal parts.

Kartik's last movie 'Sonu Ke Titu Ki Sweety' was a super hit at the Box Office and Kriti too had a successful run at the ticket counters as her last release 'Bareilly Ki Barfi' won her accolades.