The song has been recreated by Meet Brothers and sung by Mika Singh, Jyotica Tangri and the music director duo themselves. 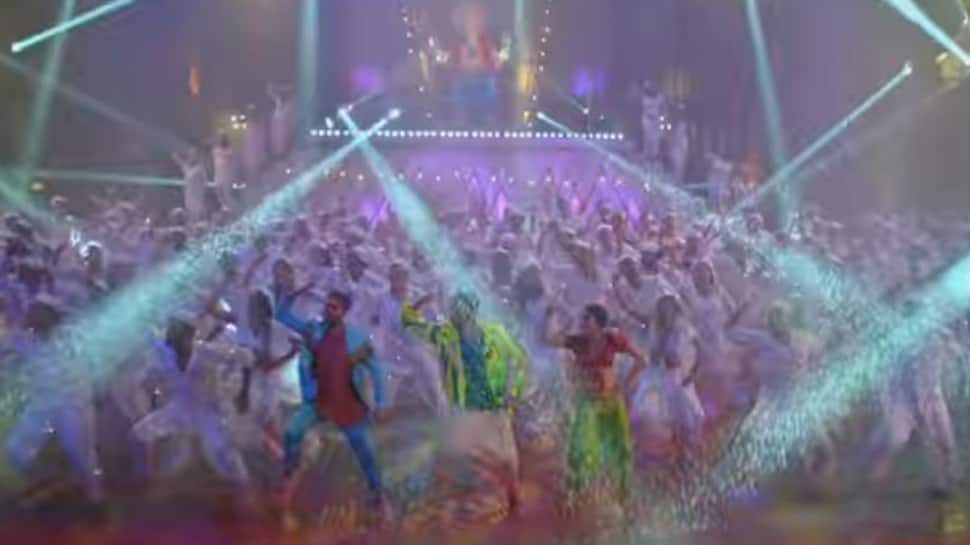 The third song from National Award winner Ayushmann Khurrana’s Dream Girl is out and it is a recreation of iconic Marathi song ‘Dhagala Lagali Kala’. Apart from Ayushmann, the peppy dance number features Riteish Deshmukh and Nushrat Bharucha.

The song has been recreated by Meet Brothers and sung by Mika Singh, Jyotica Tangri and the music director duo themselves.

It starts with Riteish Deshmukh worshiping an idol of Lord Ganesha, following which the actors can be seen grooving to the song, which gives a fresh feeling despite its original version being created decades ago.

The song is set to be a chartbuster and will most certainly be played a lot during Ganesh Chaturthi in Mumbai as well as other parts of Maharashtra, where the festival is celebrated on a massive scale.

Two other songs of Dream Girl – ‘Radhe Radhe’ and Dil ka Telephone’ – have already been released topped the charts ahead of the release of the film, which is scheduled for September 13.

The filmmakers seem to be moving strategically with regard to the release of the songs. For instance, ‘Radhe Radhe’ song was released just ahead of Janmashtami celebrations while ‘Dhagala Lagali Kala’ comes before Ganesh Chaturthi.

The other song, ‘Dil Ka Telephone’ is a joyride and besides Ayushmann, it features actors like Vijay Raaz, Abhishek Banerjee, Nidhi Bisht, Raj Bhansali, Manjot Singh and Annu Kapoor.

The storyline of the film: Ayushmann Khurrana is a tele-caller who lures Vijay Raaz, Abhishek Banerjee, Nidhi Bisht and Raj Bhansali while pretending to be a girl named Pooja. Eventually, they all fall in love with Pooja while Ayushmann Khurrana is in a love relationship with Nushrat Bharucha. The plot promises to be laughter riot and with veteran actors like Annu Kapoor and Vijay Raaz, it seems bound to rake in moolah at the Box Office. The film has been helmed by Raaj Shaandilyaa, who has earlier penned dialogues/screenplay for films like Bhoomi, starring Sanjay Dutt, and Nawazuddin Siddiqui's Freaky Ali.