Janata Dal (United) MLA Sarfaraz Alam, who was booked for allegedly abusing a couple inside Rajdhani Express, was on Saturday suspended from the party. 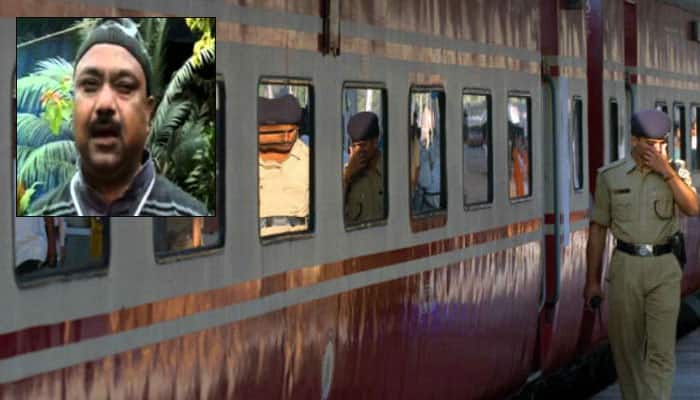 Patna: Janata Dal (United) MLA Sarfaraz Alam, who was booked for allegedly abusing a couple inside Dibrugarh-New Delhi Rajdhani Express, was on Saturday suspended from the party.

"Yes he has been suspended from the party but it does not end there. He will also be further quizzed and an investigation will be conducted. But as of now, based on the footage that we have seen, the party is convinced of his crime," JD (U) leader Vashishtha Narayan Singh said, as per ANI.

Alam, however, has denied the charges, saying he didn't even board the train.

"These allegations are baseless. I did not even travel by that train. There is politics behind this to tarnish my image. I will initiate legal action," Alam said.

"I was in Patna and I went by road and came back. The development work is underway in full swing in Bihar and some people do not like it," he added.

Meanwhile, the Congress has lauded the move by the Nitish-Kumar led government in Bihar.

"It is good that such impartial level of investigation on a party is taking place," Congress leader Shakeel Ahmed said.

The suspension comes hours after Bihar Chief Minister Nitish Kumar assured that action will be taken against Alam and said such incidents can never be tolerated.

The Patna police had yesterday served notice to the JD(U) MLA to appear before it for questioning.

According to the complaint, the incident occurred on January 17 when Alam, third time JD(U) MLA and son of RJD MP Mohammad Taslimuddin, misbehaved with the couple on board the train. An FIR was registered against him with GRP Patna the next day.

The MLA was alleged to have been travelling without ticket and was drunk.

Train Superintendent Saheb Singh, in his statement, said Alam was travelling in the Rajdhani Express on that day without ticket, as per PTI.