Security has been heightened at Delhi's iconic monument Lal Qila. 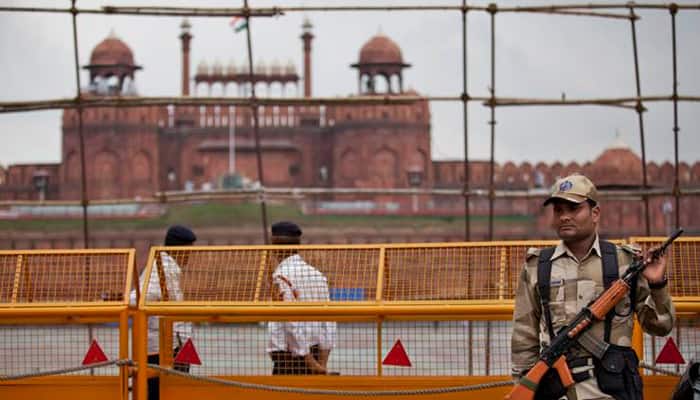 Reports said security has also been tightened at various important destinations across the national capital.

The intensity of the threat perception can be gauged, with country’s one of the most elite anti-terror squad NSG being deployed at the historic monument.

Lal Qila has a very important place in country's history. Since India got Independence, all the prime ministers have been hoisting the national flag from the ramparts of the historic monument.

Lal Qila, also known as Red Fort was the residence of the Mughal emperors for nearly 200 years.

Ever since Prime Minister Narendra Modi highlighted the human rights violations issue in Balochistan and Pakistan-occupied Kashmir, including Gilgit-Baltistan, Pakistan has desperately tried to infiltrate terrorists into India, especially in Jammu and Kashmir.

Moreover, after the Indian Army successfully carried out the surgical strike along Line of Control and destroyed Lashkar-e-Toiba camps and eliminated several terrorists, the infiltration bids from across the border have significantly increased.

Emotional run through as rescuers pull out children from debris