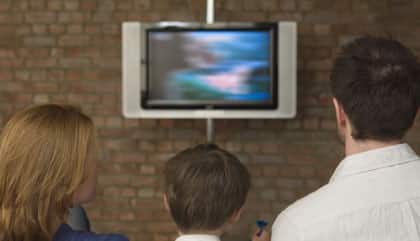 London: If you destress yourself daily by watching TV or playing games on your smartphone after a tiring day at work, you may not be doing yourself any good.

A recent study found that people who had high stress levels after work and engaged in television viewing or video game play ended up with high levels of guilt and feelings of failure.

"This shows that in the real life, the relationship between media use and well-being is complicated and that media use may conflict with other, less pleasurable but more important duties and goals in everyday life," explained Leonard Reinecke from Johannes Gutenberg University Mainz, Germany.

To prove their point, Reinecke and colleagues from VU University Amsterdam surveyed 471 participants to find how they felt after work and what media they had used.

The researchers found that people who were particularly fatigued after work or school showed a higher tendency to feel that their media use was a form of procrastination.

They succumbed to their desire of using media instead of taking care of more important tasks.

"As a result, they had a higher risk of feeling guilty about their media use. These feelings of guilt diminished the positive effects of media use and reduced recovery and vitality after media use," Reinecke emphasised.

These depleted individuals who could have benefitted the most from recovery through media use, instead experienced lower levels of recovery because they took their media use as a sign of their own self-control failure.

"In times of smartphones and internet, the ubiquitous availability of content and communication often seems to be a burden and a stressor rather than a recovery resource," researchers concluded