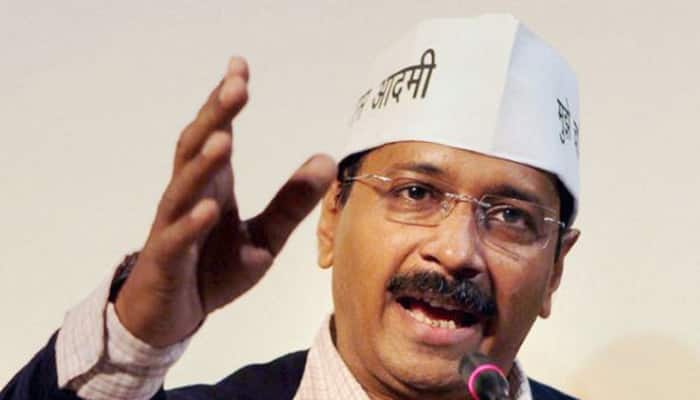 "BJP will ruin the country," Kejriwal tweeted, agreeing to another post that described the solutions arrived at as "extortionist".

MNS chief Raj Thackeray has faced flak from various quarters, including the Army, over his conditions that filmmakers who worked with Pakistani actors have to comply with including a contribution of Rs 5 crore to the Army welfare fund.

Fadnavis has also been facing criticism from the Opposition parties for "bowing" to the highhanded tactics of the MNS and "failing" to ensure rule of law in Maharashtra.

Under pressure from political and other outfits, Bollywood film producers had yesterday announced that they will not engage with Pakistani artistes, clearing decks for the smooth release of Karan Johar's "Ae Dil Hai Mushkil".

MNS had threatened to disrupt the screening of the film as it features Pakistani actor Fawad Khan.

Johar has agreed to put a special mention in the beginning of the film paying homage to martyrs, a move to assuage sentiments in the country triggered by the terror attack on an army base in Uri that claimed the lives of 19 security personnel.

Thackeray said MNS laid down three conditions that filmmakers who worked with Pakistani actors have to comply with.

These include a contribution of Rs 5 crore to the Army welfare fund.

Priyanka Gandhi will be a force multiplier in Uttar Pradesh: Sheila Dikshit