Taking part in the ongoing Golden Jubilee Celebrations of BSF, Union Home Minister Rajnath Singh said that India will protect its borders in such a way that no one would be able to infiltrate the country. 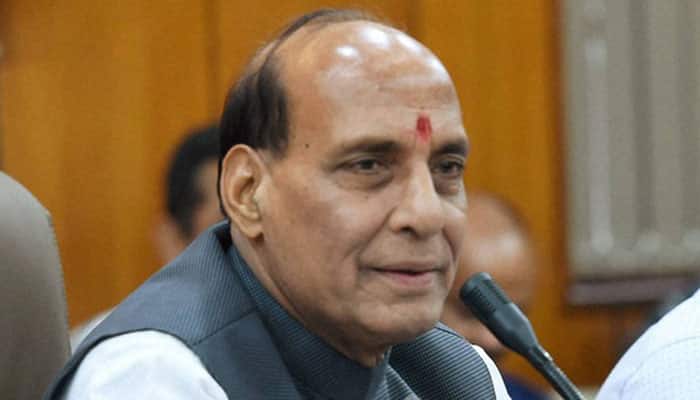 Amritsar: Taking part in the ongoing Golden Jubilee Celebrations of BSF, Union Home Minister Rajnath Singh said that India will protect its borders in such a way that no one would be able to infiltrate the country.

“Whether Indian jawans or Pakistani jawans, people died in huge numbers during Kargil war. However, in the end India achieved victory,” he added.

Remembering former PM Atal Bihari Vajpayee, Rajnath said, “I want to repeat what Atal ji said – You can change your friends but you cannot change your neighbours.”

The Home Minister also emphasised the point that India had wanted to begin afresh with Pakistan after the Kargil war but could not achieve what they had wanted.

He also said, “Pakistan should introspect as to how long will the business of terror go on.”

Questioning Pakistan's policy on terror, Rajnath added, “I want to ask them as to why they want to turn the green land of both the countries into red.”

At the same time he maintained that India would make sure that its border is protected in such a way, so that “not even a mouse would try to enter” the country.

“We have chalked out a comprehensive plan for borders' development,” he said.

Talking about recent attack on churches, the BJP leader emphasised, “There is no need to create a sense of fear among minorities, we should instead instil confidence,” adding, “Whether it's an attack on temple or mosque or any religious place whatever actions would be required under law, that will be done.

Rajnath also announced, “We have decided that percentage of women in police and central armed forces will be increased to 33%.”