In a major development, it is being reported that terror outfit 'United Jihad Council' may be behind Pathankot air base attack. 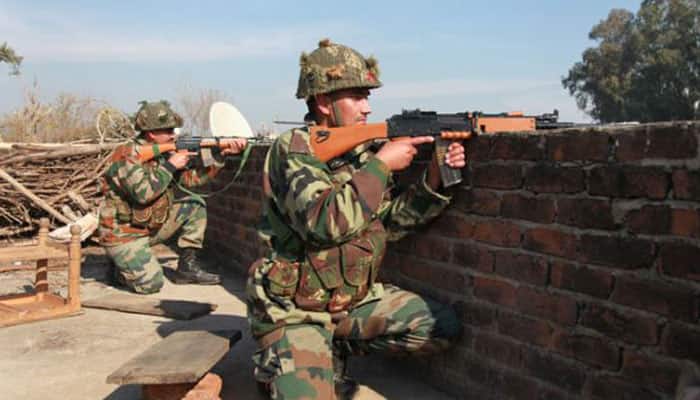 Delhi: Pakistan-based United Jehad Council (UJC) on Monday claimed responsibility for the terror attack on the air base at Pathankot.

UJC is an  an umbrella organisation of about a dozen militant outfits.

It comprises mostly the militant outfits active in Jammu and Kashmir and is said to be headed by Hizb's Syed Salahuddin.

"The attack on the Pathankot air base was carried out by the National Highway Sqaud," Syed Sadaqat Hussain, presenting himself as UJC spokesman, claimed in an email statement to a local news agency in Srinagar.

He, however, did not give the number of militants involved in the attack, as per PTI.

On the other hand, the Pathankot attack is widely believed to be the handiwork of Pakistan-backed Jaish-e-Mohammad terror outfit which is not part of UJC.

Meanwhile, the NIA today registered three cases to probe the entire conspiracy behind the strike at the IAF base in Pathankot in Punjab.

The cases were initially registered by local police stations in Pathankot that were transferred and handed over to the National Investigation Agency (NIA), a central probe agency that was set up after the audacious 26/11 Mumbai terror strike to probe all terror cases in the country.

If law permits, I will feel proud to shoot rapists: BS Bassi