Electro-optical sensors to collect information on board unmanned aerial vehicles (UAVs) is one of the technologies in use in Israel. 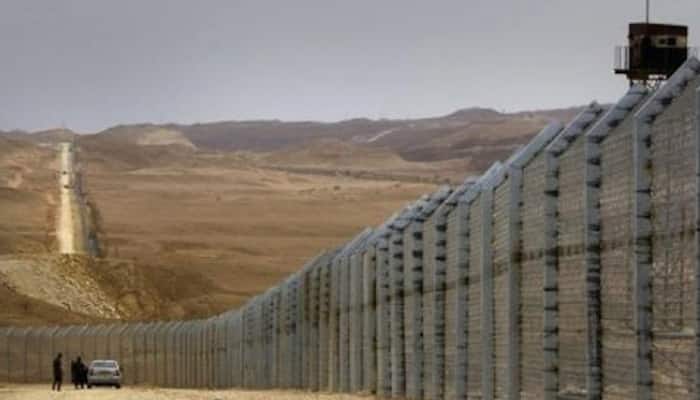 New Delhi: In the wake of the September 18 cross-border terror attack on an army base that claimed the lives of 18 Indian soldiers, Israel on Friday reiterated its offer of experience and expertise to secure India`s borders.

"Home Minister (Rajnath Singh) visited Israel and he was shown different kinds of borders in Israel with their own uniqueness," Israeli Ambassador David Carmon said at a press conference ahead of the Israel Homeland Security (HLS) and Cyber 2016 International Conference to be held in November.

"India has 14 different kinds of borders which are managed by different units and forces," he said. "When the minister came back and assessed the situation, I am sure he took some of the ideas he saw (into consideration)."

Carmon said that both countries shared similar challenges in border management and that Israel has the solutions for these, adding that the two countries can work together taking into account the capabilities of Israeli companies and government and adapting them to Indian needs.

Stating that Israel has the cyber technology experience to secure borders, Ram Dor, a former Israeli Defence Forces (IDF) Chief Information Security Officer, said that a major problem today was the unauthorised movement of people between nations across borders.

Stating that having faced the issue of safeguarding its borders for many years now, he said that Israel has developed the technological expertise for this.

"We started in the north with Lebanon with a simple fence with very minor sensors," Dor said. "Then we developed the second stage when we developed our border between Israel and Jordan-Sumeria and on the Gaza Strip," he stated.

Following this, he said, the third layer was developed which he described as "the most advanced one", which was with Syria.

"We have three layers starting with intelligence trying to bring in an alert whenever there is an attack coming in, going into the level that we can cover as much area as we can with all types of sensors," Dor said.

He said Israel was now using electro-optical sensors to collect information via unmanned aerial vehicles (UAVs). Israel is a world leader in designing and manufacturing UAVs.

Sensors are also used to collect data and information from towers along borders, according to Dor.

He said all the sensors were integrated with a field command and control room "operated by a very intelligent soldier woman", who directs the Israeli special forces in order to mitigate incoming threats.

He said that similar technology is also used to protect Israel`s critical assets like airports.

Highlighting Israel`s prowess in cyber technology and security, Ambassador Carmon also referred to a speech by Israeli Prime Minister Benjamin Netanyahu on Thursday at the ongoing session of the UN General Assembly.

In his speech, Netanyahu said that though Israel accounted for one-tenth of one percent of the world`s population, last year it attracted some 20 percent of the global private investment in cyber-security.

"In cyber, Israel is punching a whopping 200 times above its weight. So Israel is also a global cyber power," he said.

"If hackers are targeting your banks, your planes, your power grids and just about everything else, Israel can offer indispensable help," the Prime Minister stated.

Some 30 to 40 Indian participants are expected at the HLS and Cyber 2016 International Conference to be held in Tel Aviv from November 14 to 17.

India's Rafale vs Pakistan's F-16: Why the French fighter jet is the best choice for dogfight