Dhaka terror attack: Those who could recite from Quran were spared, say hostages

The attackers involved in the Dhaka restaurant attack had asked their victims to recite from the Quran before deciding on whom to spare, a leading Bangladeshi daily said on its website on Saturday. 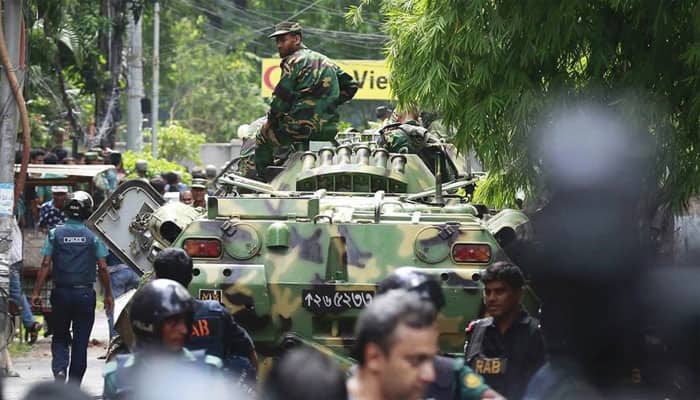 Dhaka: The attackers involved in the Dhaka restaurant siege had asked their victims to recite from the Quran before deciding on whom to spare, a leading Bangladeshi daily said on its website on Saturday.

“Those who could recite a verse from the Quran were spared, others were tortured,” the Daily Star quoted a rescued hostage as saying.

At least 20 foreigners, including an Indian, were killed in the 10-hour siege at the Holey Artisan Bakery in the diplomatic enclave of the Bangladeshi capital.

The siege ended after the Bangladeshi security forces gunned down six of the attackers and captured one of their associates.

Those who could not recite from the Quran were tortured by the gunmen, said Rezaul Karim, father of Hasnat Karim who was held hostage for over 10 hours.

Hasnat Karim, his wife Sharmin Karim and daughter Safa, 13, and Rayan, 8, had gone there to celebrate Safa’s birthday.

“They (gunmen) did not behave rough with the Bangladesh nationals. Rather they provided night meals for all Bangladeshis,” the report quoted another hostage as saying.

“The gunmen were doing a background check on religion by asking everyone to recite from the Quran. Those who could recite a verse or two were spared. The others were tortured,” he added.