Queen Elizabeth II has visited 117 countries without a passport: Some interesting facts about Her Majesty

Queen Elizabeth II celebrates her 90th birthday on Thursday with a family gathering and a cake baked by a reality television star, as a new poll finds Britain`s longest serving monarch is as popular as ever. 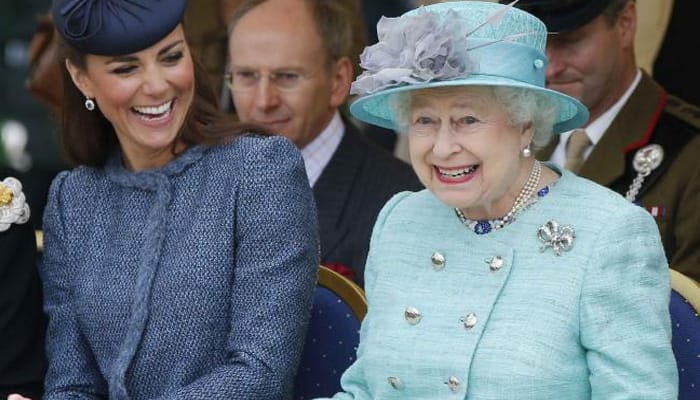 New Delhi: Queen Elizabeth II celebrates her 90th birthday on Thursday with a family gathering and a cake baked by a reality television star, as a new poll finds Britain`s longest serving monarch is as popular as ever.

The queen has reigned for more than 63 years and shows no sign of retiring, even if she has in recent years passed on some of her duties to the younger royals.

A new poll suggests the British public want it to stay that way, with 70 percent saying she should reign for as long as possible, the highest proportion since 1981.

Here is a look at some significant numbers as the queen prepares for her 90th birthday on Thursday:

- April 21, 1926: Birth of Elizabeth Alexandra Mary Windsor in an elegant townhouse at 17 Bruton Street in the luxury Mayfair district of London that was later destroyed by a bomb in World War II.

- 4: The age at which the queen received her first pony -- "Peggy" -- a present from King George V, and the start of her lifelong passion for riding.

- 33,446,430 minutes: The duration of Queen Elizabeth II`s reign when she became Britain`s longest-serving monarch at around 5:30pm on September 9 last year, beating her ancestor Queen Victoria.

- 341: The number of official engagements she had in Britain and abroad in 2015, which included state visits to Germany and Malta.

- 12: The number of prime ministers since the beginning of her reign. The first was Winston Churchill and the latest is David Cameron.

- 7: The number of Archbishops of Canterbury who have been spiritual leaders of the Church of England during her reign. The first was Geoffrey Fisher, who officiated her wedding in 1947 and coronation in 1953.

- 117: The countries visited by Elizabeth, who has travelled nearly 1.1 million miles (1.7 million kilometres) around the world.

- 0: While an experienced traveller, the queen has no passport. Her name, however, is on the passports of all her subjects.

- 50,000: The number of invitees at the queen`s annual garden parties and banquets. The garden parties alone have been attended by more than 1.45 million people during her reign.

- 68: The number of years that Elizabeth and her husband Philip have been married.

- 626: The number of charities, military regiments and associations that the queen is a patron of.

- 1997: The year the queen launched the monarchy`s website. She sent her first tweet in 2014 -- 38 years after sending her first email from a British military base at the dawn of the Internet age. (With inputs from AFP)