After massacring hundreds and thousands of Christians, the Islamic State rulers have now decided to allow them the right to live, provided they sign 'Dhimma' contract, follow its 11 strict rules, and pay Jizyah tax. 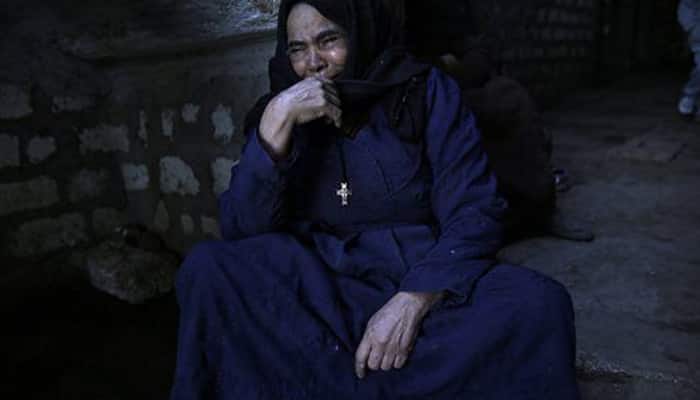 Istanbul: After massacring hundreds and thousands of Christians, the Islamic State rulers have now decided to allow them the right to live, provided they sign 'Dhimma' contract, follow its 11 strict rules, and pay Jizyah tax.

Dhimma of Dhimmi s a historical term referring to non-Muslim citizens of an Islamic state. The word literally means "protected person". A person has to sign a Dhimma contract and pay Jizyah (levied by a Muslim State from its non-Muslim residents) to become eligible to be protected under Islamic Law.

As per a report by the Middle East Media Research Institute, dozens of Christians from Al-Qaryaten city signed a Dhimma contract to safeguard their lives and interests.

1. Christians may not build churches, monasteries, or hermitages in the city or in the surrounding areas.

2. They may not show the cross or any of their books in the Muslims' streets or markets, and may not use amplifiers when worshiping or during prayer.

3. They may not make Muslims hear the reciting of their books or the sounds of church bells, which must be rung only inside their churches.

4. They may not carry out any act of aggression against ISIS, such as giving refuge to spies and wanted men. If they come to know of any plot against Muslims, they must report it.

5. They must not perform religious rituals in public.

6. They must respect Muslims and not criticize their religion.

9. They may not engage in commercial activity involving pigs or alcohol with Muslims or in Muslim markets, and may not drink alcohol in public.

10. They may maintain their own cemeteries.

11. They must abide by ISIS dress code and commerce guidelines.