The Chinese national has been identified as Xing Fu, who has come here for some work in a mobile manufacturing company but had lost his mobile phone and wallet somewhere, according to the police. 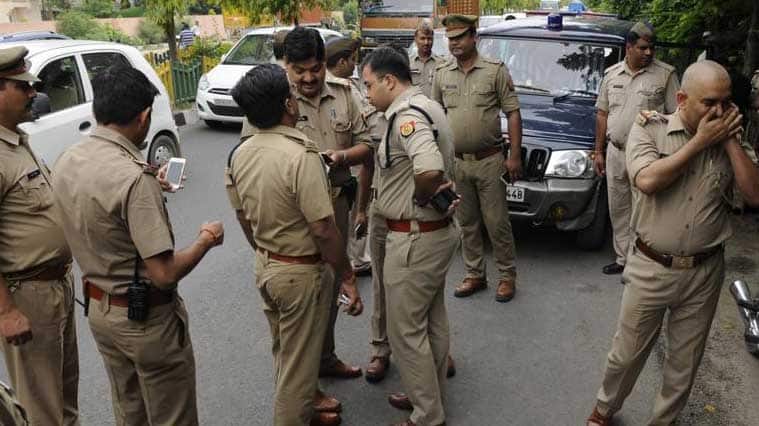 Lost in a jungle without his mobile phone and wallet in the night, a Chinese national was rescued by a policeman, who went beyond his call of duty to reunite the foreigner with his group in Greater Noida despite the language barrier.

The Chinese national has been identified as Xing Fu, who has come here for some work in a mobile manufacturing company but had lost his mobile phone and wallet somewhere, according to the police.

Xing, who cannot understand Hindi or English, also got separated from his group and lost his way into the jungles earlier in the day, the police said.

Sub-inspector Komal Kuntal, in charge of a police outpost under Kasna station limits, was out on patrol in the area near the Gautam Buddh University around 9.30 pm on Tuesday when he noticed some suspicious movement on a road along a jungle.

"I stopped my vehicle to find out more and there appeared to be a man near some bushes. I asked who it was and the only response I got was 'please help'," Singh told PTI.

"These are perhaps the only two words he knew in English. Nothing in Hindi. I also don't know Chinese. But he appeared really distraught and was profusely perspiring, suggesting he was in trouble. He also signalled that he was very hungry," the SI said.

Kuntal said he gestured the man to come along in his car, tried to explain he was from the police to help him and somehow managed to convince him.

"Soon I called up a personal acquaintance of mine who works in a private agency as a translator, thinking he could help us. Most luckily, he knew Chinese and then I put the call on speaker and got the two talking and my acquaintance interpreted everything to me," Singh said.

Kuntal, in charge of the Army Welfare Housing Organisation (AWHO) police outpost in Greater Noida, said he got to know that Xing was staying in Greenwood Society, Phase 2, which was some six or seven km from the spot where they met.

The two soon reached the society where the policeman located the other members of Xing's group, who too did not know Hindi or English properly but were worried about his disappearance.

"He had midway gestured that he was hungry. I offered food but then he signalled he wanted an ice cream when he saw a cart along the road in the city. We stopped and had ice creams," Kuntal said.

"He had turned very emotional after reuniting with his group. Said thank you in broken Hindi. I was overwhelmed he knew those words, however, broken his language. He thanked the police and hailed India as great," he added.