The 17 police personnel, injured in the accident, have been admitted to a hospital. 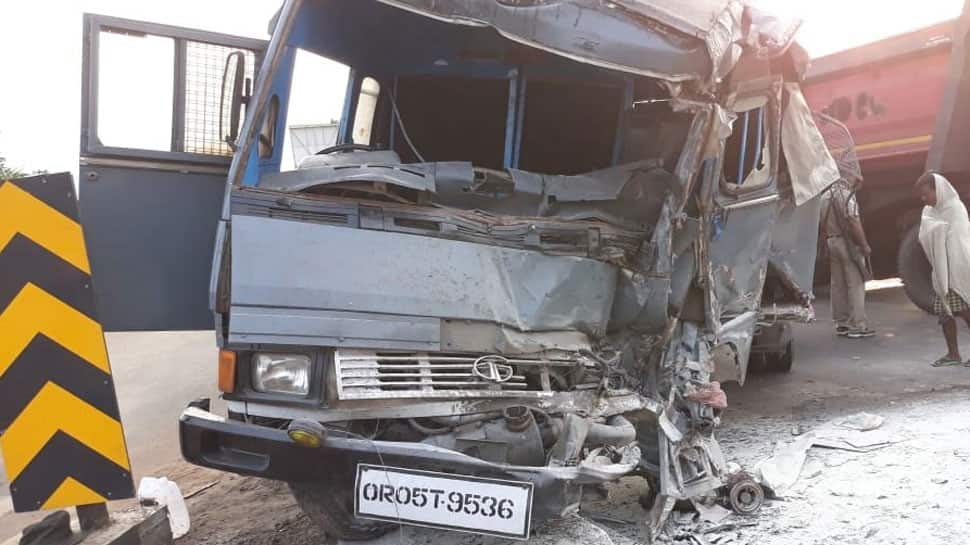 Odisha: At least two policemen were killed and 17 others injured after an overspeeding truck rammed into a police van near Belpahar on NH-49 of Odisha's Jharsuguda district on Friday.

The 17 police personnel, injured in the accident, have been admitted to a hospital.

Odisha: Two policemen killed and 17 others injured when an overspeeding truck rammed into a police van near Belpahar on NH-49 of Jharsuguda district earlier this morning. pic.twitter.com/iG5PO4RsU9

The police van was carrying a total of 33 policemen and was en-route to Banharpali in Jharsuguda for deployment ahead of Chief Minister Naveen Patnaik's visit.

Expressing grief regarding the accident, Patnaik conveyed his sympathy to the bereaved families. He has also wished the speedy recovery of the injured jawans and ordered their free treatment.

He also announced compensation of Rs 5 lakh each and a government job to the families of the deceased policemen.

"CM announces ex-gratia Rs5 lakh each&a govt job to next of kin of deceased policemen. In case of serious injuries which might lead to disability in future, ex gratia Rs1 lakh has been announced for the policemen," the Odisha CM said.

Amid Indo-Pakistan tension, security beefed up in Odisha