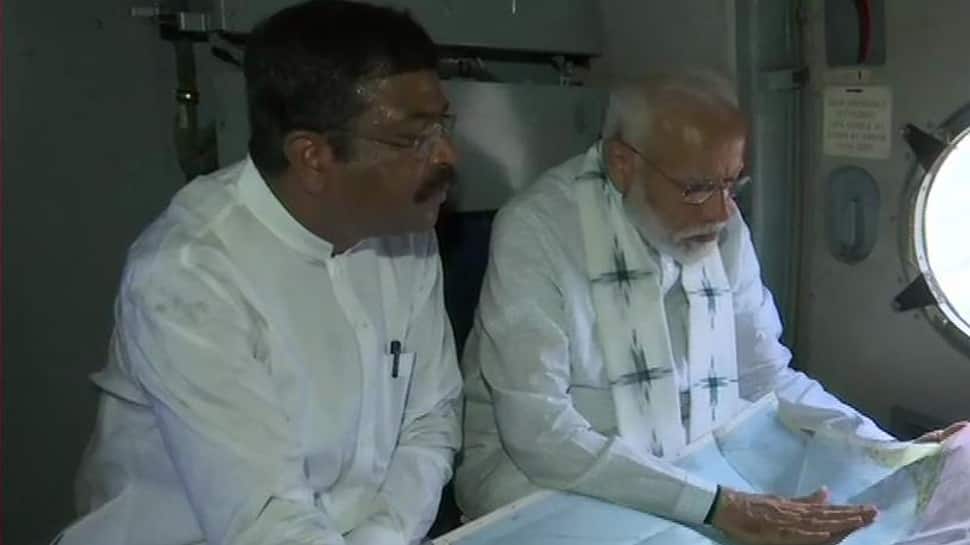 Prime Minister Narendra Modi conducted on Monday conducted an aerial survey to take stock of areas which have been hit by the impact of cyclone Fani. Governor Ganeshi Lal, Chief Minister Naveen Patnaik, and Union Minister Dharmendra Pradhan also accompanied the PM for the aerial survey.

He had arrived in Bhubaneswar earlier on Monday and was received by the CM, Governor, and Pradhan. After assessing the damage, PM Modi said: "Communication was very good between state and Central government. The way people of Odisha complied with every instruction of the Centre is praiseworthy." The PM also announced Rs 1000 crore additional assistance for Odisha after the review.

Modi had on Sunday tweeting saying that he would visit the cyclone-hit areas and had assured all help to the state. "Will be in Odisha tomorrow morning, where I will review the situation due to Cyclone Fani and hold meetings with top officials. The Centre is committed to provide all possible assistance in relief and rehabilitation measures underway," he had tweeted on Sunday night.

The death toll in Cyclone Fani rose to 34 on Sunday. The extremely severe storm that battered Odisha, caused widespread destruction and left hundreds grappling with water shortage and power cuts. Puri is the worst affected.

The PM had on Saturday spoken to CM Naveen Patnaik over the phone and assured all possible help from the Centre for Odisha. Dharmendra Pradhan has also been monitoring the cyclone-hit areas of Puri district, and said that Prime Minister has promised all assistance for relief and rescue work.