We are with you: PM Modi to cyclone Fani-hit states, Rs 1,000cr released

PM Modi added that the National Disaster Response Force (NDRF), the Indian Coast Guard, the Navy and the Army were engaged in the relief works. 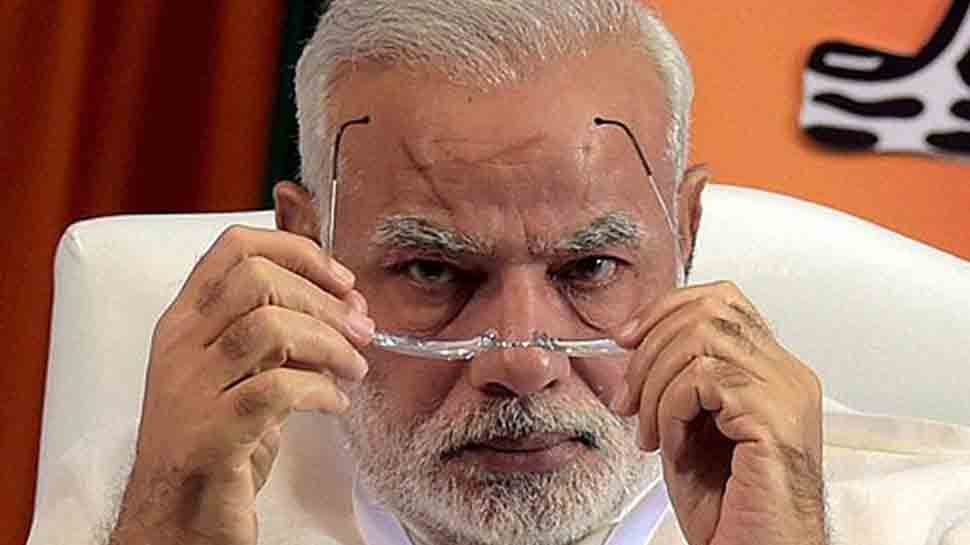 New Delhi: Prime Minister Narendra Modi on Friday announced that at least Rs 1000 crore have been released for the states hit by severe cyclonic storm Fani.

PM Modi was addressing an election rally in Rajasthan's Karauli when he said that the entire nation and his government are with the people in the Cyclone-hit states of Odisha, West Bengal and Andhra Pradesh. "We have gathered here today. At the same time, people living in coastal areas in eastern and southern India are facing an extremely severe cyclone. The centre is in continuous contact with governments in Odisha, West Bengal, Andhra, Tamil Nadu and Puducherry," PM Modi said today.

A detailed review meeting was held and he had been given the latest updates on Cyclone Fani, Modi said as the extremely severe cyclonic storm hit Odisha on Friday morning.

He added that the National Disaster Response Force (NDRF), the Indian Coast Guard, the Navy and the Army were engaged in the relief works.

"I held a review meeting yesterday. More than Rs 1000 crore was released to concerned governments yesterday in advance. NDRF, Indian Coast Guard, Army, Navy, Air Force are working with the administration. I assure the affected people that nation and centre are with them," he said.

Prime Minister Modi's campaign rally in Jharkhand had to be rescheduled due to Cyclone Fani.

At least three people died and one got injured as Cyclone Fani hit the Odisha coast on Friday morning.