Amit, who won gold in the 66kg category in the 2013 edition, settled for a silver in the men's 74kg freestyle event after losing to Daniyar Kaisanov of Kazakhstan 0-5 in the final. 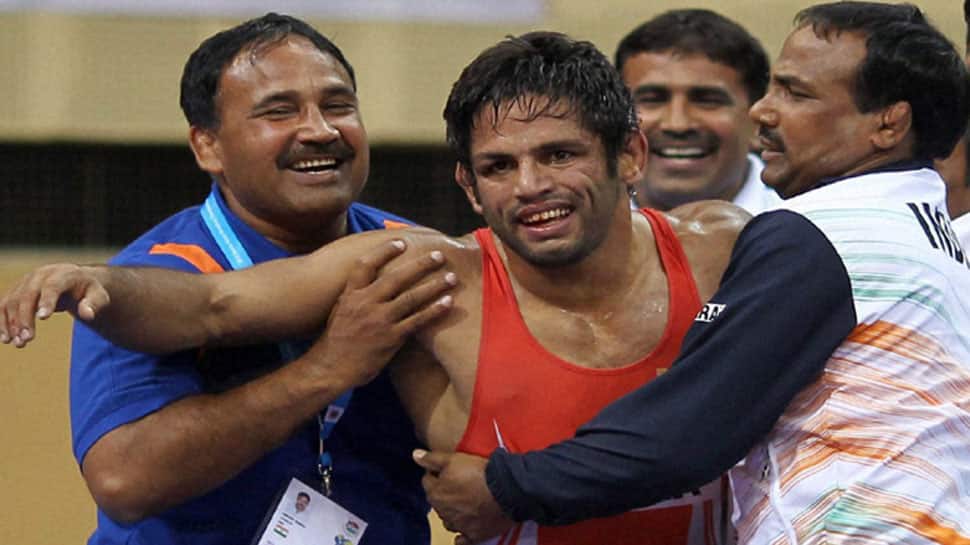 Amit, who won gold in the 66kg category in the 2013 edition, settled for a silver in the men's 74kg freestyle event after losing to Daniyar Kaisanov of Kazakhstan 0-5 in the final.

The 28-year-old Haryana wrestler began with a narrow 2-1 win in the qualification round against Mohammad Ashghar Nokhodilarimi of Iran and then hardly broke a sweat in the quarterfinals as his opponent -- Japan's Yuhi Fujinami -- was injured during the bout.

In the semifinals, Amit outplayed Ilgiz Dzhakypbekov of Kyrgyzstan in a 5-0 victory.

Aware, who won a 57kg gold at the CWG in Gold Coast, produced a dominant display to beat Jincheol Kim of Korea 9-2 in the men's 61kg freestyle bronze medal play-off.

After beating Jahongirmirza Turobov of Uzbekistan via Victory by Technical Superiority (10-0) in the qualification round, the 27-year-old Indian lost to Behnam Eshagh Ehsanpoor of Iran in the quarterfinals in a Victory by Fall verdict.

But since Ehsanpoor reached the final, Aware was up against Siripong Jumpakam of Thailand in the repechage round which he won 12-1 in a Victory by Technical Superiority.

With the silver and the bronze, India's medal tally increased to 1 gold, 2 silver and 2 bronze. Bajrang Punia (65kg) had won a gold on Tuesday while Parveen Rana (79kg) and Satywart Kadian (97kg) had clinched a silver and a bronze respectively.