On the Day 6 of the 21st edition of the 2018 Commonwealth Games (CWG) in Australia's Gold Coast, India bagged one more Gold - its eleventh overall - and ranks third in the overall medals tally with Australia on top on Tuesday. 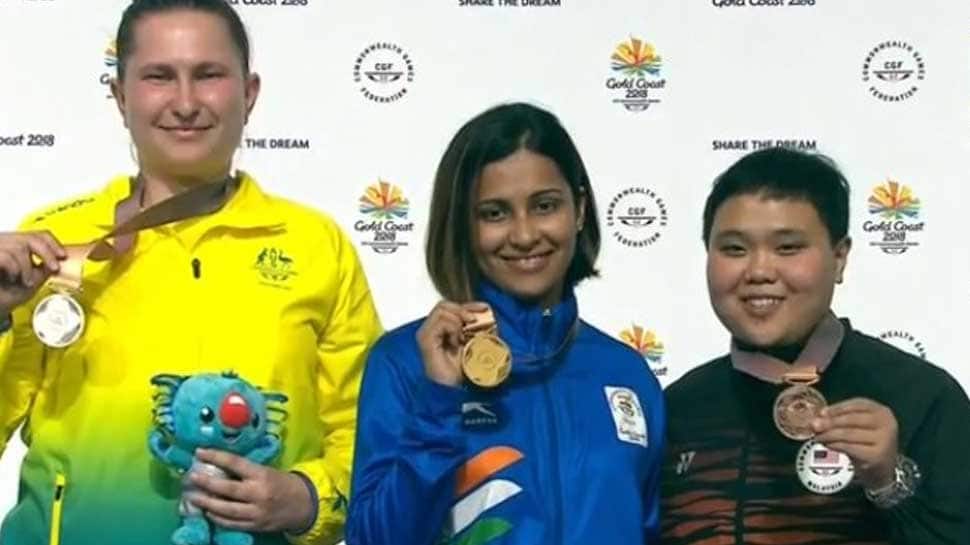 GOLD COAST: Here is the current medal count on the Day 6 of the 21st edition of the 2018 Commonwealth Games (CWG) in Australia's Gold Coast on Tuesday. Australia continues to dominate the tally with 41 Gold, 34 Silver and 34 Bronze medals (109), followed by England with 23 Gold, 27 Silver and 20 Bronze medals (70). Shooter Heena Sidhu on Tuesday clinched a Gold - Eleventh for India - in 25-m pistol event. Sidhu also broke the Commonwealth Games record on her way to clinching a Gold in the women's 25m pistol shooting event here. With 11 Gold, 4 Silver and 5 Bronze so far, India are currently third in the overall ranking (20). New Zealand (8, 10, 17), South Africa (8, 5, 5) and Canada (7, 17, 13) are on the fourth, fifth and sixth positions respectively though they have won more medals. These countries have got lesser number of gold medals than India.

On Day 5 (Monday), India won its 10th gold by defeating Malaysia in the Badminton Mixed Team event at the Commonwealth Games 2018. On the fifth day of Commonwealth Games 2018, ace shooter Jitu Rai scored the first gold in the 10-meter air pistol event, while Om Mitharval claimed bronze for the same event. The men's table tennis team clinched the ninth gold for India.

Here is the current medals tally on the Day 6 of the Commonwealth Games 2018, Gold Coast: 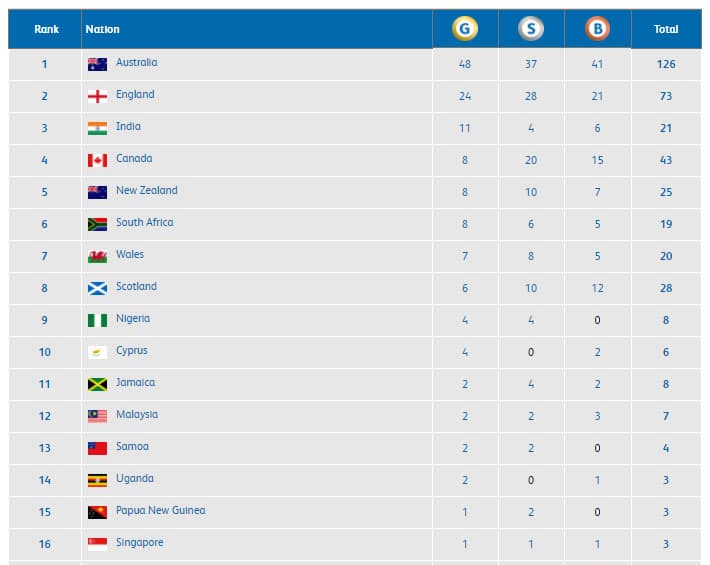 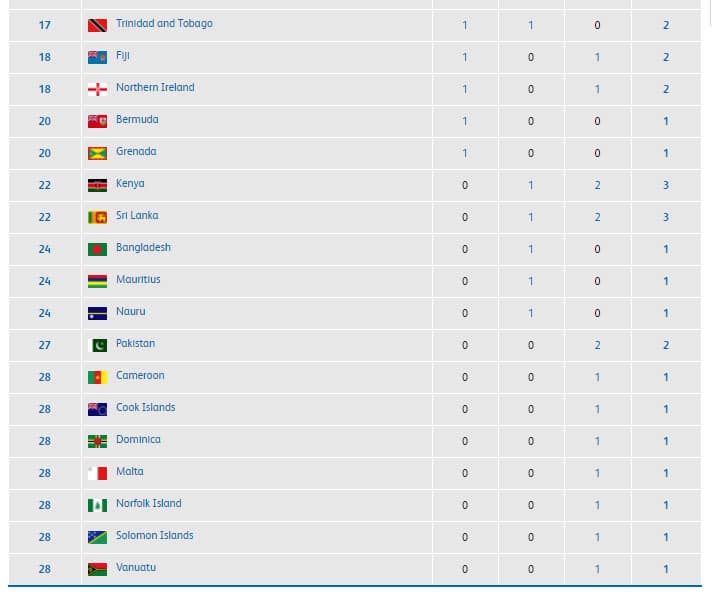 Carrying India's hopes forward, boxer Amit Panghal entered the semi-finals of the men's light flyweight (49-kilogram) category at the 21st Commonwealth Games in Australia's Gold Coast here on Tuesday. Amit defeated Aqeel Ahmed of Scotland 4:1 in the quarter-finals. Amit has now ensured a medal for India as those in the last fourth stage are assured of a place on the podium.

In shooting events, Indian shooters Chain Singh and Gagan Narang failed to ensure any medals in the men's 50m Rifle Prone event at the 21st Commonwealth Games 2018 in Australia's Gold Coast on Tuesday. Chain finished fourth with a score of 204.8 points in the final round. Gagan was second from bottom in the eight-man final with 142.3. David Phelps of Wales won the gold medal with a new CWG record of 248.8. Neil Stirton of Scotland took silver with 247.7 while England's Kenneth Parr got the bronze with 226.6. Earlier, Gagan finished the qualifying round in the third position with 617 points.

Chain was in sixth place, having scored a total of 614.2. James Daly of Australia topped the standings in the qualification stage with 620.5 points. Ryan Taylor of New Zealand was second with 619.4. Meanwhile, in the women's category, shooters Annu Singh and Heena Sidhu entered the final of the women's 25-meter Pistol event here on Tuesday. Annu finished the qualification stage at the second spot with a total of 584 points. Heena was third with 579. Xiu Hong Teh of Singapore topped the standings with 584.

India on Tuesday defeated Malaysia 2-1 in a Pool B match of the men's hockey tournament at the 21st Commonwealth Games (CWG) here on Tuesday. Harmanpreet Singh (3rd, 43rd minutes) converted a couple of penalty corner while the experienced Faizal Saari reduced the deficit for Malaysia.

India's Dipika Pallikal and Joshna Chinappa came from behind to beat Pakistan's Zafar Faiza and Zafar Madina 2-1 in squash women's doubles Pool C match at the 21st Commonwealth Games here on Tuesday. After going down closely 10-11 in the opening game that lasted for nine minutes, the Indian duo bounced back strongly to thrash the Pakistani pair 11-0 in just four minutes.

Dipika and Joshna then sealed their victory after another 11-1 win in the third game, that lasted for mere five minutes at the Oxenford Studios here. The Indians will next take on Wales' duo of Tesni Evans and Deon Saffery on Wednesday.

The day started on a bright note with weightlifter Pardeep Singh securing the first medal – a silver. India's medal tally stands at 19 – 10 gold, 4 silver and 5 bronze. Taking, India to the third spot in the overall medals tally.

On Day 4, the Indian women`s table tennis team - paddler Manika Batra - pulled a mother of all victory to clinch her maiden gold by defeating Singapore which had never lost the game since the sport was inducted in the program way back in 2002.