Govers, an Olympic bronze winner and two World Cup gold medallist, will conduct a short seven-to-eight days camp for the Indian strikers from among the core probables at the SAI South Centre in Bengaluru. 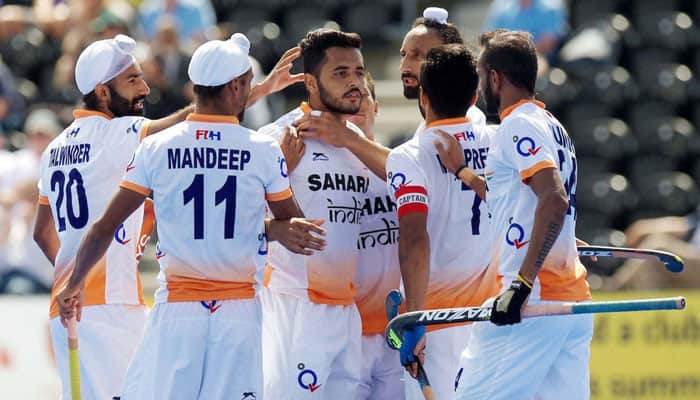 Decorated former Australian hockey player Kieran Govers will be in India next month to conduct a short camp exclusively for the strikers.

Govers, an Olympic bronze winner and two World Cup gold medallist, will conduct a short seven-to-eight days camp for the Indian strikers from among the core probables at the SAI South Centre in Bengaluru.

The camp is a part of Hockey India's ongoing developmental programme.

"Kieran Govers will be here next month for a short camp with the strikers. The camp is exclusively for the strikers. After the strikers' camp, we will also have exclusive camps for defenders and goalkeepers," a source privy to the development told PTI on condition of anonymity.

"These camps are part of preparations for the Olympic Qualifiers."

A similar camp for strikers of the women's team was held under former Australia player Glenn Turner in Bengaluru in December last year.

Govers was handpicked to conduct the camp after legendary Jamie Dwyer turned down an offer, citing personal engagements.

"I am presently undergoing a coaching course and I would love to give it back to the game in future. But currently, I am tied up with my hockey stick brand and that's why I had to turn down an offer to conduct a short camp in India next month," Dwyer said from Perth.

"David John (India's High-Performance Director) asked me whether I can come to India for a short camp but the offer came pretty late and by that time my engagements were already set," he said.

Govers made his debut for Australia in 2010 and retired from international hockey at the age of 31 in November last year.

He represented Australia in 126 international matches, scoring 60 goals, including memorable efforts in the 2012 Champions Trophy, 2012 London Olympics and 2014 World Cup.