A dominating performance by raider Naveen helped the Steelers emerge victorious by a margin of 10 points in a 34-24 win against the Puneri Paltan in a clash held at the Gachibowli Indoor Stadium in Hyderabad. 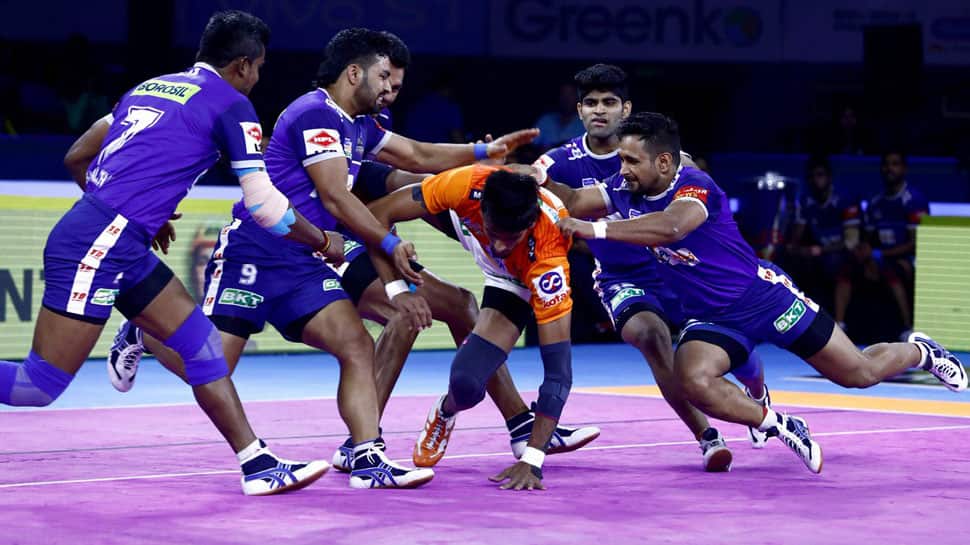 Haryana Steelers coach Rakesh Kumar has hailed the importance of an experienced, senior player like skipper Dharmaraj Cheralthan following the team's maiden win in the Pro Kabaddi League 2019 against the Puneri Paltan.

"He (Dharmaraj Cheralthan) is a leader on the mat and he ensured we stayed in control of proceedings. We have a lot of young blood in the team and they are obviously excited and make some advanced tackles. So, an experienced, senior figure like Cheralathan is extremely important to keep the nerves in check on the mat," said Kumar as quoted by the Pro Kabaddi League.

A dominating performance by raider Naveen helped the Steelers emerge victorious by a margin of 10 points in a 34-24 win against the Paltan in a clash held at the Gachibowli Indoor Stadium in Hyderabad.

"Our plan was to let all three of our raiders, Selvamani K, Naveen and Vinay have a go and then decide who gets to raid the most. Naveen looked in great touch, so we let him do the bulk of it. We told him to focus on his footwork and work their flanks rather than the inside. We knew they would try some advanced tackles and that’s exactly what happened," he added.

Puneri Paltan coach Anup Kumar, on the other hand, admitted that there was a need for improvement in attack as well as defence.

"We can improve in defence as well in offence. This was the first game of the season and we made some mistakes. We’ll definitely look to rectify them in the upcoming matches," said the Paltan coach.

Anup Kumar further described his first experience as coach as a 'surreal' one, adding that the Puneri Paltan would have to play much better in order to defeat U Mumba in their next clash of the tournament.

"My first experience as coach was a surreal one. But the result is obviously not the one we had hoped for. A Maharashtra Derby in Mumbai will draw a lot of support for the home team. We’ll have to play much better than we did today to win. U Mumba have a good defence and a versatile raiding unit. So, we’ll try to strategize accordingly," he concluded.