Campbell, who collapsed while acting as a pacesetter, was given medical treatment on site and later taken by a stretcher for further treatment. He spent 17 days in a hospital. 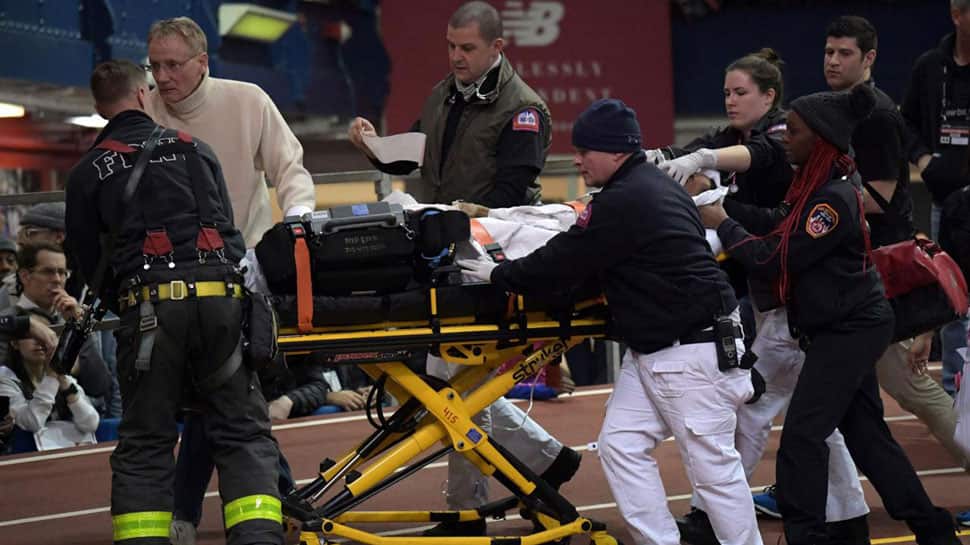 Jamaican distance runner Kemoy Campbell, who collapsed during the men`s 3,000m race at last month`s Millrose Games, was told by doctors he had "died" on the track, the 28-year-old said.

Campbell, who collapsed while acting as a pacesetter, was given medical treatment on site and later taken by a stretcher for further treatment. He spent 17 days in a hospital.

"I have no recollection of it. The doctors said my heart stopped and I basically died. It was a scary moment for me," Campbell, who underwent surgery to implant an internal defibrillator, told the BBC.

"When I woke up it was Monday morning (two days after the race) and I was in the hospital. I didn`t know where I was and how I got there. It was scary to know I missed almost a whole two days and couldn`t recall what happened."

Campbell said that his doctors have not been able to diagnose his condition after weeks of testing but he is determined to return to the track.

"In my mind, I should be back on the track. Doctors say I should take some time off then do some tests, then maybe I can start slowly and build back up. If I can`t, it`ll be the end of my career," Campbell added.