The Steelers who are coached by Rakesh Kumar defeated Anup Kumar coached Puneri Paltan 34-24 in a hard-fought clash at the Gachibowli Indoor Stadium in Hyderabad. 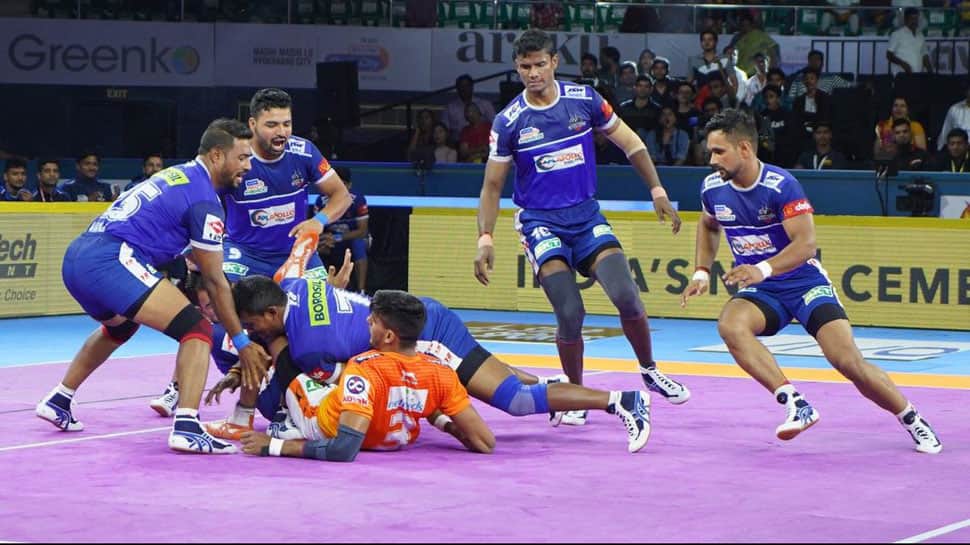 Former Team India player Rakesh Kumar got one over former teammate Anup Kumar following a win for Haryana Steelers against Puneri Paltan in the sixth match of the seventh edition of the Pro-Kabaddi League on Monday.

The Steelers who are coached by Rakesh Kumar defeated Anup Kumar's Puneri Paltan 34-24 in a hard-fought clash at the Gachibowli Indoor Stadium in Hyderabad. While Naveen was the top-performer for the former with 14 points, Pawan Kadian made his presence felt with a super 10 in a losing clause.

The Puneri Paltan drew first blood following a two-point raid by Kadian resulting in a 3-0 lead in the opening few minutes. However, the Haryana Steelers made a comeback despite the early blow to level the contest in the first ten minutes.

The Steelers led by Naveen and Selvamani continued to push on from this stage inflicting an all-out which was followed by an excellent super raid. The Puneri Paltan failed to negotiate with this sudden turnaround, conceding another all out with the scoreline reading 22-10 at halftime.

The Puneri Paltan attempted to go for an aggressive approach to the game in the second half following the massive deficit. Pawan Kadian continued to chip in with raid points but lacked support from the others which was largely due to a composed performance by the Steelers defence.

With the scoreline 30-20 in favour of the Haryana Steelers, the Puneri Paltan again attempted to mount a comeback but to no avail following an all-round performance by the eventual winners.

However, the confidence of the Puneri Paltan will certainly be boosted despite the defeat following the extraordinary courage shown by all-rounder Amit Kumar who continued to battle for his side despite his head being bandaged.

PKL 7: Jaipur Pink Panthers off to winning start after beating U Mumba 42-23