Serena Williams reached her 14th Wimbledon quarter-final by overwhelming Spain`s Carla Suarez Navarro 6-2 6-2 even though she was not at her magnificent best on Court One on Monday. 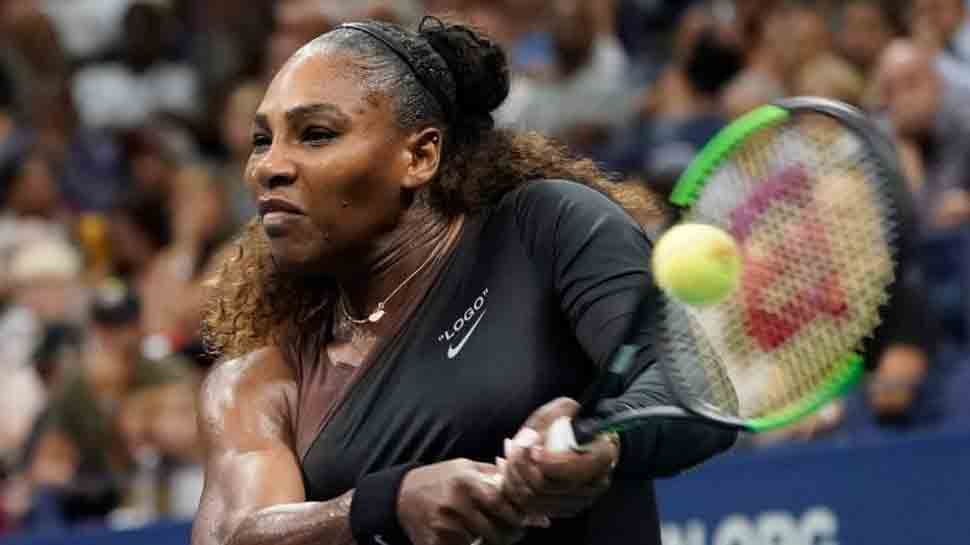 LONDON: Serena Williams reached her 14th Wimbledon quarter-final by overwhelming Spain`s Carla Suarez Navarro 6-2 6-2 even though she was not at her magnificent best on Court One on Monday.

The 37-year-old American, aiming for a record-equalling 24th Grand Slam title, produced 19 unforced errors, including a bizarre mistake when she leaned over the net to hit a volley and had the point docked.

But she also conjured 21 winners, some of which left the crowd gasping in admiration and her 30-year-old opponent helpless on the other side of the net.
Williams, seeded 11th, had little match practice coming into Wimbledon because of injury and teamed up with Andy Murray in the mixed doubles to get some more playing time.

"I`ve had more matches this week than the past five months but it`s definitely good and I know I can play and I`m now physically better (so) it`s almost a feeling of relief more than anything," she said immediately after coming off court.

Suarez Navarro, ranked 31 in the world and one of the smaller players on tour, lacks the big weapons and serving power needed for grass and has always had trouble against Williams.

Monday`s defeat was her seventh against the seven times Wimbledon champion.  Though the Spaniard broke the American`s serve in the second set, she had no answer for Williams`s pounding groundstrokes. Suarez Navarro slipped trying to retrieve the ball to go match-point down, then mis-hit a backhand to concede defeat.

Williams, who first played at the All-England club as a 16-year-old in 1998, said she was still ambitious. "I`m a really pumped player and of course I still want it or I wouldn`t be here."

Williams faces Alison Riske in the quarter-finals after the American upset top seed Australian Ash Barty earlier on Monday.  "She`s great on grass and just took out the world No.1... I watched that and I`ll be ready," Williams said.