"Choosing a life partner depends on my choice and it may be of any sex," Dutee Chand said. 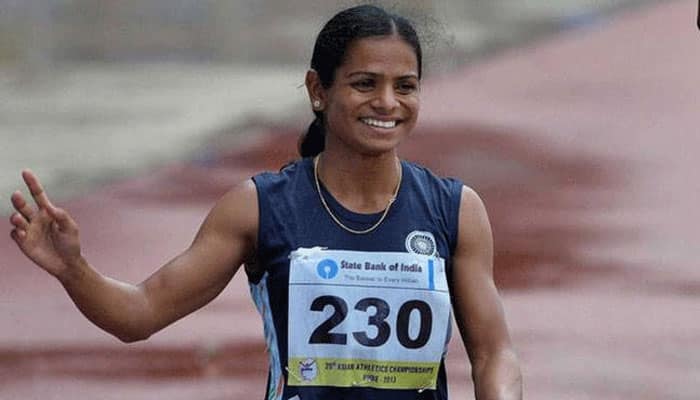 India's ace sprinter Dutee Chand opened up about her same-sex relationship on Sunday and admitted to dating a girl from her hometown Jajpur in Odisha.

"I am above 18 and have not committed any crime. As of now, there is no plan for marriage but will do it as per Odia tradition," the 23-year-old athlete said. She is thus the first Indian sportsperson to admit to being in a same-sex relationship.

"Choosing a life partner depends on my choice and it may be of any sex," Chand added. However, she did not reveal the name of her partner.

Supreme Court in a historic verdict in September 2018 had decriminalised same-sex relationships between two consenting adults.

Chand is currently in Hyderabad where she is training to qualify for the World Championships and the Tokyo Olympics to be held in 2020.

In June 2014, Chand won two gold medals at Asian Junior Athletics Championships in 200 metres and 4x400m relays. However, she was dropped from the 2014 Commonwealth Games after the Athletic Federation of India (AAI) stated that hyperandrogenism made her ineligible to compete as a female athlete. Following that, she was also dropped from the 2014 Asian Games.

Dutee won a landmark 'gender' case against the IAAF in an appeal to the Court of Arbitration in 2015 and she was allowed to compete after being banned for one year.