Founded by Bobby Jones and Clifford Roberts and opened for play in January 1933, Augusta National was a private sanctuary for some of the world`s most powerful white men and for decades immune to outside influences and pressures. 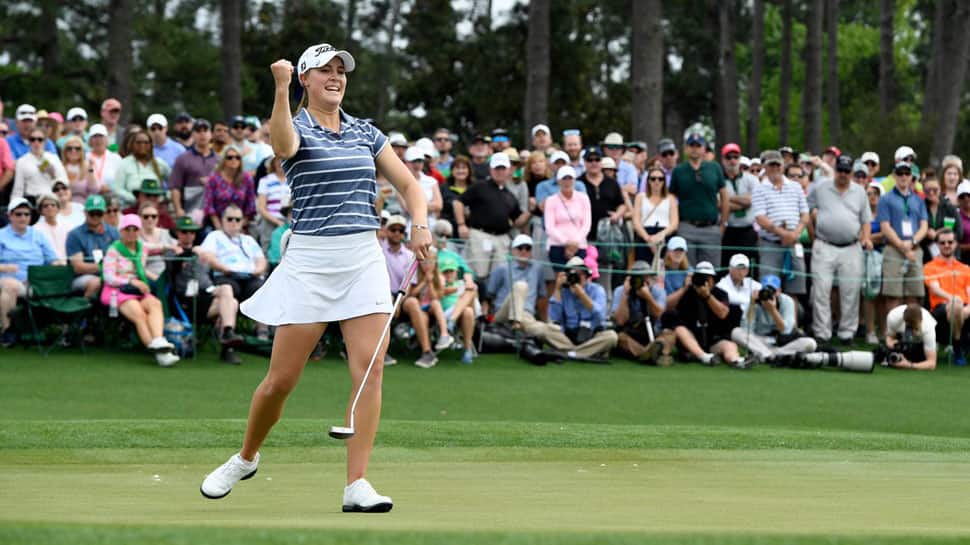 With the successful staging of the Augusta National Women`s Amateur on Saturday, the home of the Masters removed a little more of the stain left by decades of gender discrimination.

But more polish will be needed if one of the world`s most exclusive clubs hopes to clean the slate entirely.

"You are now part of the history of Augusta National along with all the great Masters champions who have been right here in this Butler Cabin," said Augusta National chairman Fred Ridley as he presented the winner`s trophy to Jennifer Kupcho.

The fact is, however, that women have long been a part of the history of Augusta National, albeit the dark chapter of exclusion.

Founded by Bobby Jones and Clifford Roberts and opened for play in January 1933, Augusta National was a private sanctuary for some of the world`s most powerful white men and for decades immune to outside influences and pressures.

Ron Townsend became the first African-American member in 1990 but it would be another two decades before women were admitted with former U.S. Secretary of State Condoleezza Rice and financier Darla Moore allowed through the doors in 2012.

While the pace remains glacial, change has nonetheless crept into the Augusta DNA.

Club membership is top secret but it is believed that four to six of the 300 or so members are women and have one of the iconic green jackets hanging in their lockers.

Augusta National also hosts the hugely popular Drive, Chip and Putt Championship for both boys and girls and has now put its name and branding muscle to a women`s tournament.

The images of women competing at a club where they had previously been denied entry was a powerful one that was universally applauded.
Some, like activist Martha Burk, who in 2003 led a protest against Augusta National`s men-only policy, remain sceptical. She described the event as a "baby step" and "tokenism".

Certainly, it was an emotional day for golfing greats Nancy Lopez, Pak Se-ri, Lorena Ochoa and Annika Sorenstam, who took part in a ceremonial tee shot then watched as 30 young women seized an opportunity that had never been open to them.

"When we were talking I was tearing up," said Lopez. "I was trying to hold back tears because there`s so much pride involved in this."

"It was just a tremendous feeling to be there and represent amateur golf, professional golf and what golf stands for here at Augusta National."

There was no downplaying the significance of the moment for Lorena Ochoa, who compared it to golf being played at the Olympics.

"It`s going to be a great motivation for the new generations," she said.

"This is as big as a tournament that you have in your mind -- the U.S. Amateur, or the Olympics -- that you dream that you want to win."

Without the Augusta National name attached to it, a tournament of this type would have been one watched by no more than a handful of family and friends.

Instead, women`s amateur golf on Saturday found itself in the sporting spotlight.

The final round was broadcast live on national television and a gallery worthy of a major tournament descended on the course to witness a bit of history.

While the golfing world was all but silent in 2003 when Burk was pushing for change, top men`s players were squarely behind the women on Saturday.

Masters champion Bubba Watson, wearing his green jacket, watched from the first tee, while others like Rory McIlroy and Jack Nicklaus offered support on social media.

While Augusta has put its name to the tournament, only one round was played at the iconic course and the question remains as to what happens next for women`s golf and Augusta National.

"This is a historic moment, and hopefully they will continue to carry the torch, and who knows what opportunities will come 10, 15 years from now," said Sorenstam. "This is just the beginning."

"We are trying to increase the interest in the game of golf, and tournaments like this will certainly do it.

"I`ve never seen so much exposure for a tournament, and to see these girls come up here and step it up and have so much fun and enjoy it, I mean, this is a dream come true."