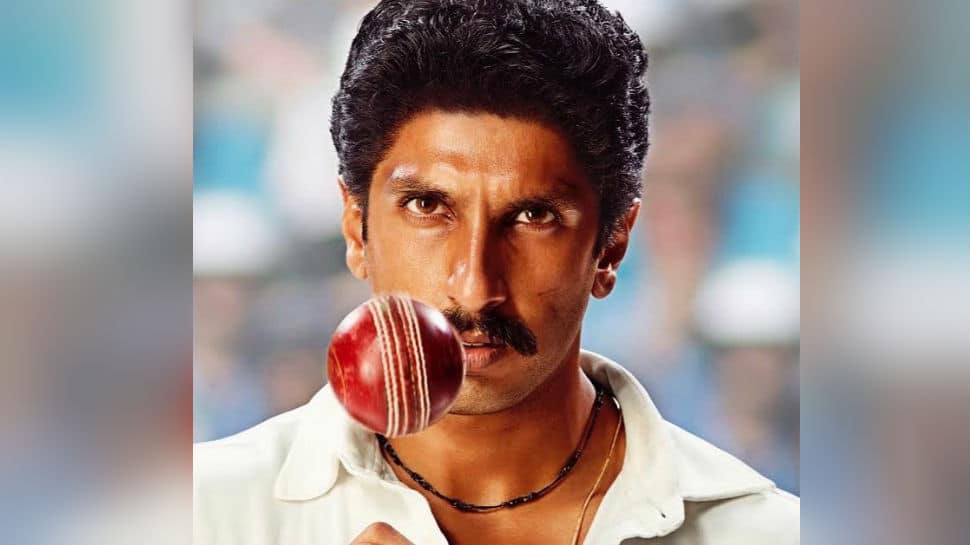 New Delhi: Ranveer Singh, on his 34th birthday, presented his fans with a wonderful gift. Yes, his first look as Kapil Dev from the much-anticipated film '83 is finally out.

Sharing the look on social media, Ranveer wrote, "On my special day, here's presenting THE HARYANA HURRICANE KAPIL DEV." The actor bears a striking resemblance to Kapil Dev, the legendary cricketer, under whose leadership, India won the World Cup in 1983 after defeating West Indies.

Ranveer or Kapil Dev? You really can't tell the difference! Ranveer looks every bit like the cricketer.

'83, as the title of the film suggests, is based on India's historic win in the World Cup. The film also features actors like R Badree, Hardy Sandhu, Chirag Patil, Saqib Saleem, Pankaj Tripathi, Tahir Bhasin, Ammy Virk and Saahil Khattar. The team is currently prepping for '83 in London.

Last month, as India's victory in the World Cup, clocked 36 years, Ranveer had shared a post remembering the moment. The video which he shared featured glimpses of Kapil Dev lifting the World Cup back. Later, Ranveer, clad in white uniform, was seen practicing his bowling action with former Indian cricketer Balvinder Singh Sandhu.

"36 years ago on this day, India turned the world upside down," he wrote.

36 years ago on this day, India turned the world upside down!!!  #ThisIs83 @83thefilm @kabirkhankk

Before flying to London, the 'Gully Boy' actor also shared a still in which he was seen jotting down notes from the ace cricketer at his residence. Giving a glimpse of his session, Ranveer shared pictures on Instagram and wrote, "Becoming the Hurricane."

Directed by Kabir Khan, '83 is slated to release on April 10, 2020. The film also stars Deepika Padukone, who will play the role of Kapil Dev's wife Romi.

Take every opportunity as a challenge: Mithila Palkar