Actress Amy Schumer, who is expecting her first child with husband Chris Fischer, does not like to get her shoes clicked by paparazzi. 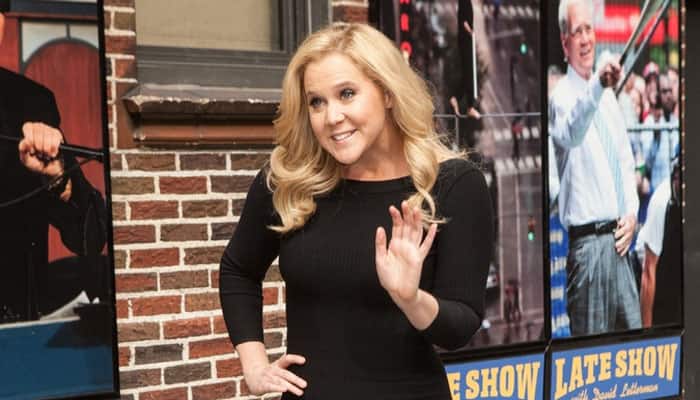 Los Angeles: Actress Amy Schumer, who is expecting her first child with husband Chris Fischer, does not like to get her shoes clicked by paparazzi.

During the opening of Colin Quinn's "Red State Blue State" at the Minetta Lane Theatre, Schumer made an odd request to the media personnel not to carry the photograph of her sneakers, reports pagesix.com.

"Amy told photographers to shoot whatever they wanted, and get her baby bump, but to not shoot her purple sneakers," the publication quoted as a source saying.

A few months ago, the "Snatched" actress revealed that she is struggling with a tough pregnancy.

"The last few days have been tough. I'm grateful as hell and know it's temporary but tough just the same,

"Please if you don't mind. Post pictures of your kids and tag me #amyschumer. My friends sending me pictures and videos of their kids is making me feel so much better. Much love accepting dog photos too," she wrote on Instagram.

Schumer was even hospitalized for hyperemesis gravidarum, a condition marked by persistent sickness which can lead to dehydration and weight loss.

Happy that no one abused me after Padma Shri announcement: Manoj Bajpayee