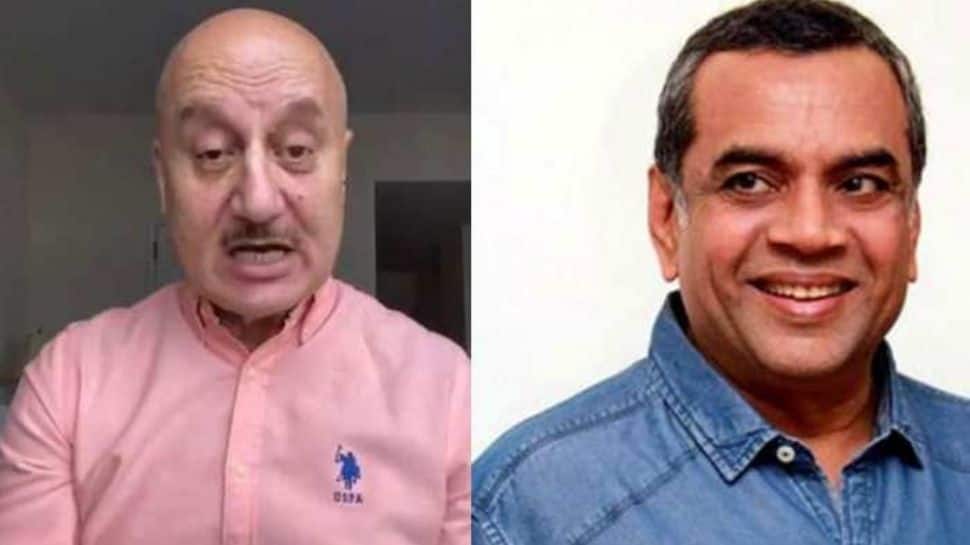 New Delhi: It's time for Monday motivation, and seems like veteran actor Paresh Rawal has found it from Anupam Kher's latest post on 'tips to success'. Indulged in some deep thoughts, Bollywood actor Anupam Kher penned down words of wisdom to motivate his fans on his Twitter handle.

While scores of fans chimed into the post's comments section thanking Kher for his pearls of wisdom, Paresh reshared his post and wrote, "Satya Vachan" (true words).

On a related note, both the actors are active social media users. They keep sharing such thoughtful posts for their fans on social media.

Meanwhile, on their work fronts, Kher had recently won the Best Actor award at the New York City International Film Festival for his short film titled 'Happy Birthday', adding a feather to his cap. The film also bagged the Best Short Film award at the prestigious film festival.

'Happy Birthday' marked Kher and Aahana Kumra's second collaboration after featuring in 2019 critically acclaimed movie 'The Accidental Prime Minister'. Apart from 'Happy Birthday', Kher has several other projects in the pipeline including 'The Last Show', 'Mungilal Rocks', and 'The Kashmir Files'.

On the other hand, Paresh who rang in his 66th birthday on May 30, is gearing up for Priyadarshan's 'Hungama 2' where he will be seen sharing screen space with Shilpa Shetty, Meezaan and Pranitha Subhash in the lead roles.

Malaika Arora opens up on COVID recovery, says 'It broke me physically'