Anushka Sharma trolled for Virat Kohli's performance on the pitch

When Virat failed to perform in yesterday's match, Twitterati is putting all the blame on his wife. 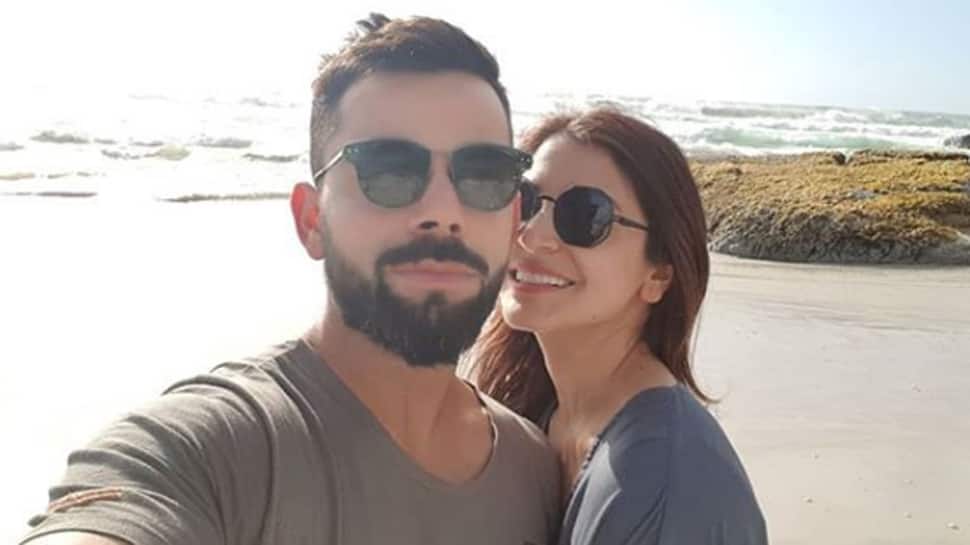 New Delhi: Virat Kohli and Anushka Sharma tied the knot on December 11, 2017 at a hush-hush wedding ceremony in Tuscany, Italy. The couple then help two grand wedding receptions, one at Delhi and the other at Mumbai.

'Virushka' have been delighting us with their adorable pictures and their fans couldn't be happier seeing the two together!

However, when Virat failed to perform in yesterday's match, Twitterati is putting all the blame on his wife.

Here are some of the Tweets:

Something similar to this happened in the past when Anushka was blamed for Virat's poor performance in the World Cup semi-finals.

Taking a stand for Anushka, Virat had posted on Instagram in 2016, rebuking all those who were blaming her for his failure. He had written-

" Shame on those people who have been having a go at anushka for the longest time and connecting every negative thing to her. Shame on those people calling themselves educated. Shame on blaming and making fun of her when she has no control over what i do with my sport. If anything she has only motivated and given me more positivity. This was long time coming. Shame on these people that hide and take a dig. And i dont need any respect for this post. Have some compassion and respect her. Think of how your sister or girlfriend or wife would feel if someone trolled them and very conveniently rubbished them in public. #nocompassion#nocommonsense.".