For actress Dia Mirza, who is also a film producer, it's a thing to ponder that in a career of over 15 years, she has worked with women directors only twice. 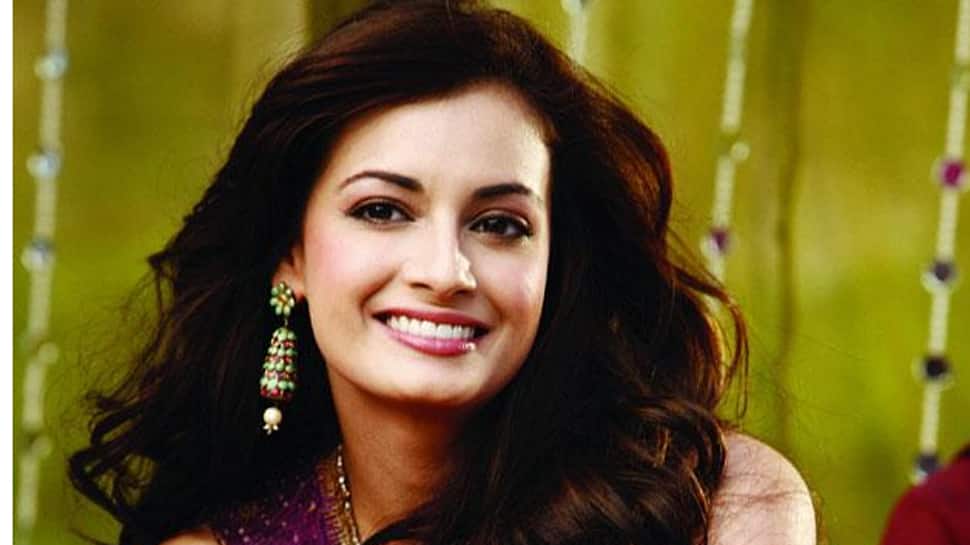 New Delhi: For actress Dia Mirza, who is also a film producer, it's a thing to ponder that in a career of over 15 years, she has worked with women directors only twice.

"It is appalling that in my career of over 15 years, I did not get enough chances to work with women directors... it has been hardly one or two times. I did not intentionally choose not to work with women filmmakers. Unfortunately, there were hardly any women on the director's chair till a few years ago," Dia told IANS over phone.

Dia had worked in Reema Kagti-directed "Honeymoon Travels Pvt Ltd" in 2007. And years after that, she is now under the direction of Sonam Nair in a web series titled "Kaafir".

The 38-year-old actress feels "a lot" has changed for women in the industry over the years.

"I am a huge supporter of women claiming their space and backing their voices because I think they have some very important things to say and stories to share.

"So, each time I see a woman achieve success on the merits of her thought and action, I am happy to cheer the loudest," added Dia.

After acting and production, is direction next on her mind?

"I am definitely going to direct one day," Dia said, with excitement reflecting in her tone.

"It's just a matter of being certain about the story that I want to tell. Once that is clear to me, I will most certainly call 'action'," she said.

Dia is also making a foray in the digital medium as a producer. Dia and her husband Sahil Sangha, who run the banner Born Free Entertainment, have produced the upcoming web show "Mind The Malhotras" in collaboration with Applause Entertainment.

"Our experience as producers teaches us only one thing -- give the narrative all that it deserves and requires in terms of budget, give your team even more love than they may desire and you will have a happy team with hopefully always a quality product," she said.

Before the web show, Dia is credited as producer for films like "Love Breakups Zindagi" and "Bobby Jasoos".

"As far as the economics go for a web show or a film, I think each story and its duration in terms of minutes delivered has its own basic cost, so there is no cost distinction per se," Dia said.

But as an actor, she found it a different experience to work in a film vis-a-vis in a project for the web medium.

"The web medium gives more exposure to actors in terms of time one can invest on the characters. Web shows are like novels. You have to go deep into the characters to understand it. One gets more time to spend with the characters. It is a boon for actors," she asserted.

Dia was a teenager when she won the Miss Asia Pacific title in 2000 and later rose to fame with Bollywood film "Rehnaa Hai Terre Dil Mein". She has not just worked as an actor but also invested herself in philanthropy.

As a UN Goodwill Ambassador for the environment since 2017, Dia has campaigned for the cause extensively.

She was recently appointed the UN Secretary General's Advocate of Sustainable Development Goals.