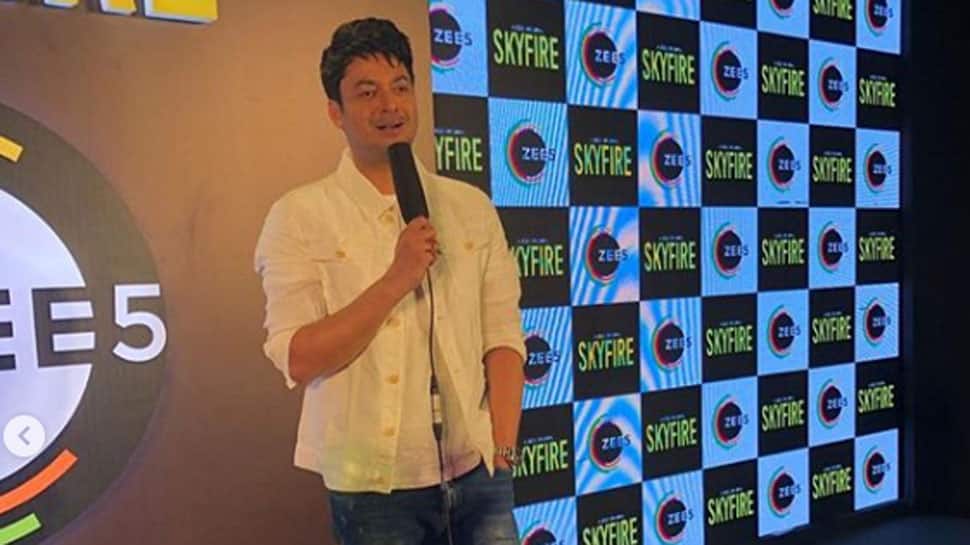 Mumbai: Actor Jisshu Sengupta, who is balancing a film career in multiple languages and is geared up for his sci-fi web series "Skyfire", says slowly but surely Bengali cinema is reaching out to the national audience as the theatrical release of regional films has expanded.

Bengali cinema has had an impact at international film festivals with the work of iconic filmmakers like Satyajit Ray, Mrinal Sen and Ritwik Ghatak among others, apart from movies by filmmakers like Rituparno Ghosh, Aparna Sen and Goutam Ghose or Kaushik Ganguly and Srijit Mukerji. But now across India also, movies are getting a platform for release.

On the changing scenario, Jisshu told IANS here: "I think slowly, but surely Bengali cinema is reaching out to the national audience as regional films are getting a wider theatrical release. When it comes to the global audience, our presence is very much there. For ages, Bengali cinema holds a position in the global map through international film festivals.

"But when it comes to regular cine-goers who are not the festival audience, there was a limitation earlier. Since the business is growing and so is the audience, Bengali films are finding an audience nationally as well."

Sharing an insight into his character in the show, Jisshu said: "He is a good guy who is helping people in crisis. He is a social worker."

The story of the show revolves around climate change.

Asked about his opinion on the topic, the actor said: "I think climate change is one of the issues worldwide and we all are more or less aware of the reality. While on one hand, we tend to raise a finger at the government, are we doing enough to protect nature? That question is always there in my mind. I hope the story will offer some perspective on the matter."

Having started his career in 1999 at a very young age, Jisshu has acted in some commercially successful Bengali and Hindi films like "Mr. and Mrs. Iyer", "Noukadubi", "Piku", "Mardaani", "Byomkesh Bakshi" and "Manikarnika - The Queen of Jhansi".

He said his collaboration with National Award-winning filmmaker, the late Rituparno Ghosh, added a dimension to his career as an actor.

Talking about how the filmmaker influenced the artiste in him, Jisshu said: "I would say that Rituda changed me as a performer. One day, he asked me, 'Are you putting enough thought to whatever you are doing?' I replied, 'Not really, but do you think I am wrong?'

"I clearly remember when he said, 'No, you are not wrong, but if you put a thought behind your actions, you are actually going to do things much better.' I have to say that line changed me as an actor. It changed me completely."

"In his lifetime, Rituda said that I am the son that he never had. Working with Rituparno Ghosh was like a master class," added the actor, who has featured in Ghosh's "Abohoman", "The Last Lear" and "Shob Charitro Kalponik", to name a few.