Bhumi Pednekar is a Karisma Kapoor fan, reveals how she inspired her for 'Pati Patni Aur Woh'

'Pati Patni Aur Woh' is a remake of the 1978 classic of the same name starring Sanjeev Kumar, Vidya Sinha and Ranjeeta Kaur respectively. 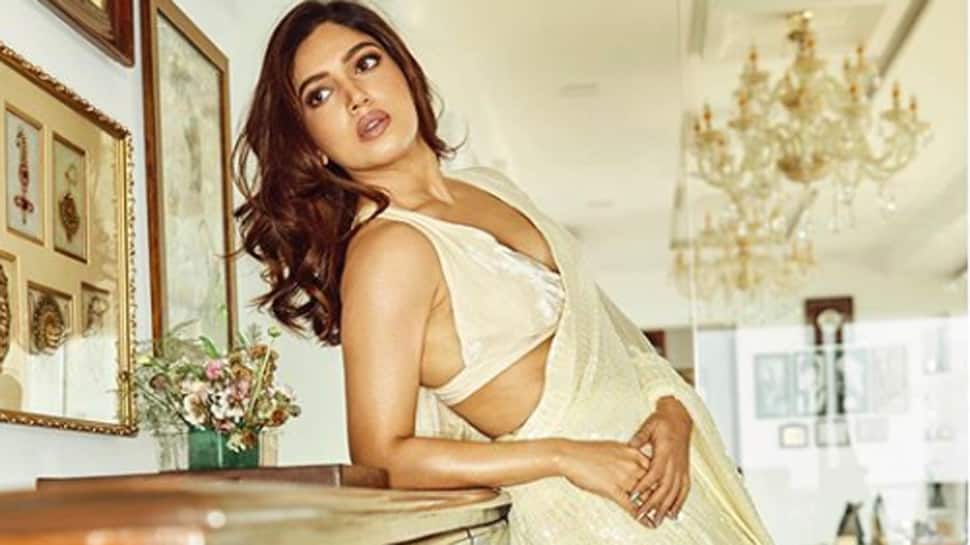 New Delhi: B-Towner and one of the most sought after generation next stars, Bhumi Pednekar is gearing up for the release of her next film 'Pati Patni Aur Woh'. The movie stars Kartik Aaryan and Ananya Panday in lead roles besides Bhumi.

Talking about her role in the out-an-out commercial outing, Bhumi opened up on her inspiration and how she is a Karisma Kapoor fan-girl for life.

Bhumi said, “I have been a huge fan of Karisma Kapoor since I was a child. I even bought a dress that was similar to the one she wore in Raja Hindustani. For me, she is the epitome of a commercial film heroine and I have seen and loved her films."

The actress adds, “A fabulous actor, she was outstanding in comedies and Biwi No 1 was a huge inspiration for me while I was preparing myself for Pati, Patni Aur Woh. Karisma as a simple bahu to becoming the firecracker in the film had bowled me over and she was my most definitive reference point to nail my role in this film.”

Bhumi says she is thrilled to play a character so similar to Karisma’s in Biwi No 1. “It’s a dream come true for me to play a role that is so strikingly similar to hers. I thoroughly enjoyed playing the commercial film heroine for the first time in my career and I realized my childhood wish in the process,” she says.

'Pati Patni Aur Woh' is a remake of the 1978 classic of the same name starring Sanjeev Kumar, Vidya Sinha and Ranjeeta Kaur respectively. The remake has been directed by Mudassar Aziz and is produced by Bhushan Kumar. 'Pati Patni Aur Woh' remake is set to hit the screens on December 6, 2019.

Coming to Goa is like coming home: Amitabh Bachchan at IFFI