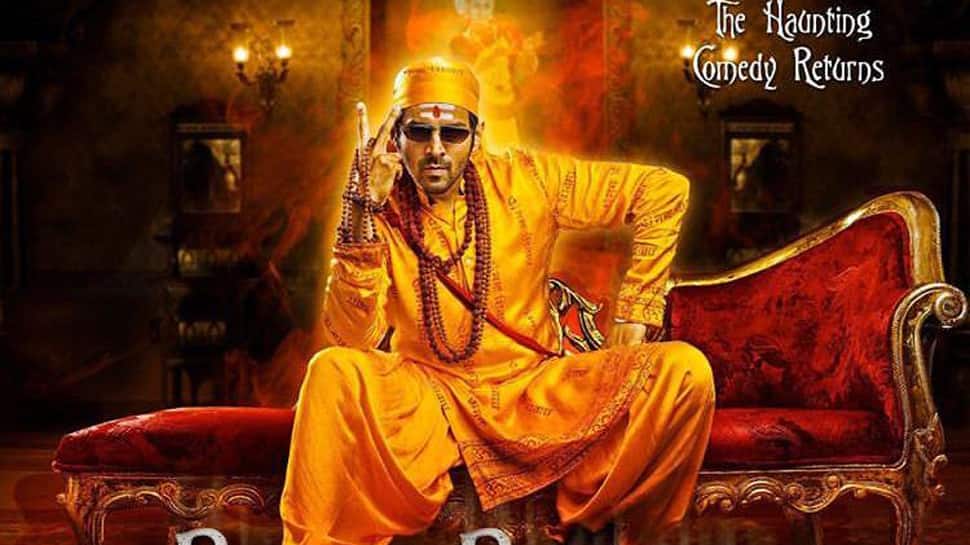 New Delhi: While the poster of `Bhool Bhulaiyaa 2` has been receiving mixed reactions, producer Bhushan Kumar revealed that he was waiting for a "worthy" script. The producer who also produced Akshay Kumar-starrer `Bhool Bhulaiyaa` expressed his excitement of finally receiving a script, based on which he started ``Bhool Bhulaiyaa` franchise.

"Finally, after a long wait of 11 years, Murad Bhai came to me with a script, which I felt was worthy of taking Bhool Bhulaiyaa forward as a franchise. I am thrilled to announce Bhool Bhulaiyaa 2 in association with Murad Bhai, together with whom we delivered the box-office hit Kabir Singh. The project will be helmed by Anees Bhai." Bhushan said.

Murad Khetani who has penned the script was delighted on working again with Bhushan and said that Anees Bazmi will be directing the film. "I am excited to collaborate with Bhushan Kumar and T-Series after our hugely successful Kabir Singh. We have roped in the extremely talented Kartik Aaryan for the lead role and Anees Bhai, with whom I worked with last in Mubarakan, will be directing the film. We can`t wait for the film to start rolling." said Murad.

Bollywood latest heartthrob Kartik Aaryan seemed extremely enthusiastic for his 3rd association with T-series after Sonu Ke Titu Ki Sweety and Pati Patni Aur Woh and was ready to fill Akshay Kumar's boots. "I'm excited to collaborate with Bhushanji for the third time. Bhool Bhulaiyaa has always been one of my favourite comedy- supernatural thriller film and now being part of BB2 makes me really happy, especially because I've been a big fan of Akshay Kumar sir and it`s a great responsibility to take his Bhool Bhulaiyaa franchise forward," said Kartik.

Bhool Bhulaiyaa 2 is produced by Bhushan Kumar, Murad Khetani and Krishan Kumar under the banner of T-Series and Cine 1 studios. Directed by Anees Bazmee and starring Kartik Aaryan, the film is written by Farhad Samji and Aakash Kaushik. Bhool Bhulaiyaa 2 is scheduled to hit the screens on July 31, 2020.