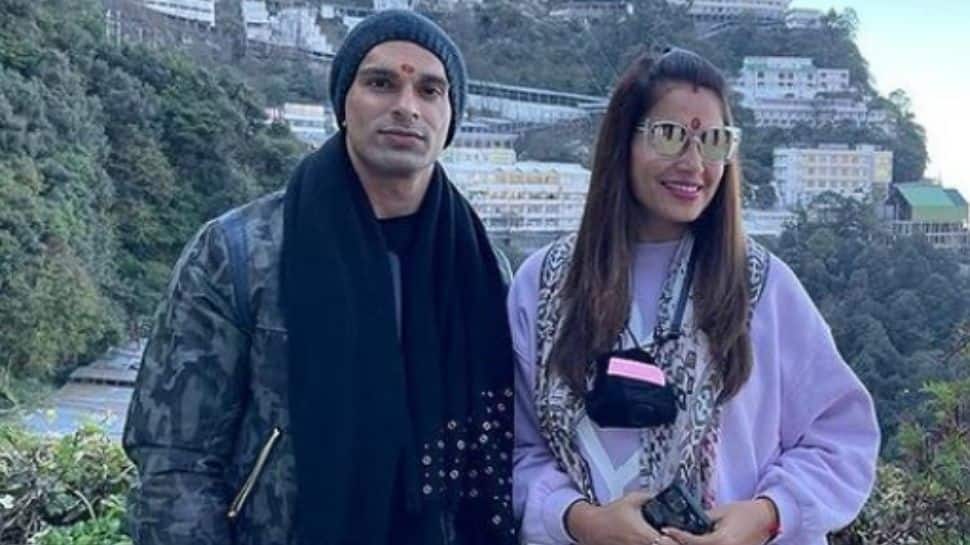 New Delhi: Actress Bipasha Basu and her husband Karan Singh Grover decided to end their year on a spiritual note as they visited the divine Vaishno Devi shrine recently and shared breathtaking pictures from their journey.

The duo was seen dressed in their winter wear with religious headwear. They were all smiles as they visited the beautiful temple. While Karan chose to go all black, Bipasha kept it subtle with a pastel purple sweatshirt and pants.

The actress shared pictures of her trip on Instagram on Wednesday, giving fans a glimpse into their trip. Karan had also posted pictures from the trip on his social media handle.

In her caption, Bipasha wrote, "Jai Mata Di, Magical Darshan. Thank you to the #vaishnodevishrineboard & #jammupolice for all the amazing work they do."

For the unversed, Bipasha Basu met Karan Singh Grover during the shooting of the 2015 film 'Alone'. The couple got married in April 2016 as per Bengali traditions. They later hosted a reception for their industry friends, which was attended by several Bollywood stars.

Bipasha was a presenter on the TV show 'Darr Sabko Lagta Hai'. The actress is best known for her roles in films such as 'Dhoom 2', 'Dum Maaro Dum', 'Race', 'Omkara', 'Bachna Ae Haseeno' and 'Raaz', among others.

She was last seen in the web series 'Dangerous' alongside her hubby Karan Singh Grover.