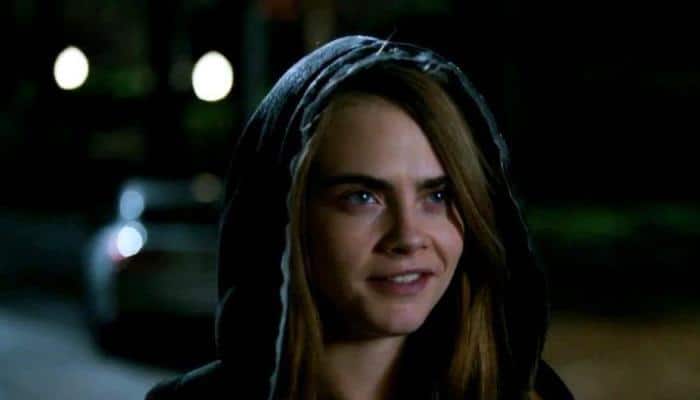 The British wildman visited Delevingne's school when she was seven and she has been obsessed with him ever since, so when he called and asked if she would be interested in becoming his latest celebrity sidekick she jumped at the chance, reports aceshowbiz.com.

Delevingne felt sure she could stomach eating bugs and snakes -- the usual dietary requirements on Grylls' shows -- but when he suggested that they dine on a dead rat, she was not happy.

"The worst part was we had just traversed down a hill... and I saw this tail sticking out, and I was like, 'What's that? Is that a rat?' And he was like, 'Perfect, that's our dinner...'," she told TV chat show host Jimmy Fallon.

"It did not smell that bad but it wasn't fresh, obviously!"

Delevingne faced another challenge after lying to producers about her scootering skills.