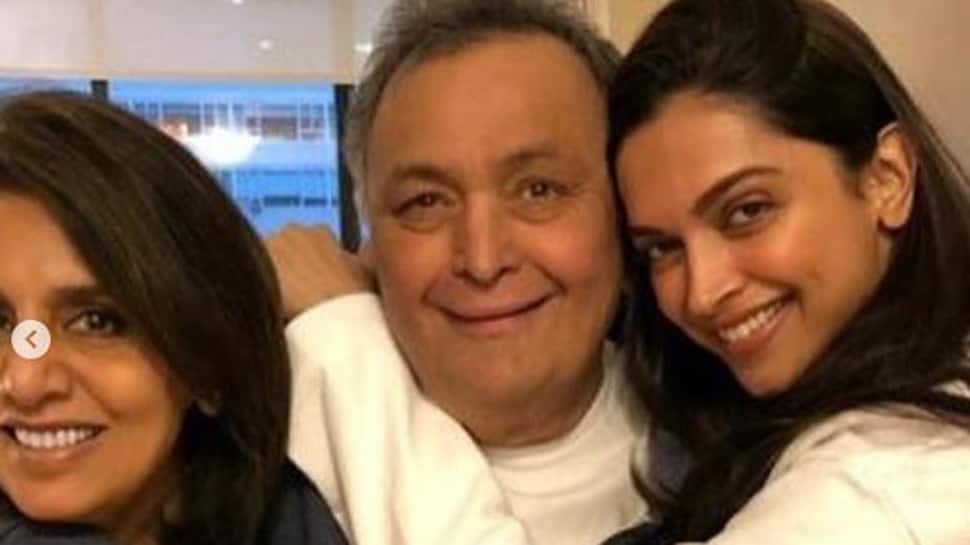 New Delhi: Veteran actor Rishi Kapoor opened up about his undisclosed illness recently. The actor in an interview with a leading daily revealed that he is now cancer-free. A lot of B-town celebs have visited him ever since Rishi has moved to New York for his treatment, the latest celeb to meet him was Deepika Padukone.

Neetu Kapoor, who is in New York with Rishi, took to Instagram to thank Deepika for visiting them. Sharing pictures, she wrote, "Such a fun evening with adorable @deepikapadukone .. gave lot of love n warmth."

Needless to say, they look like one happy family. For the unversed, Deepika dated their son Ranbir Kapoor for over three years. However, their relationship couldn't stand the test of time and they parted ways. Deepika is happily married to Ranveer and Ranbir is in a stable relationship with  Alia Bhatt. Both RK and Dp have starred in several films post their break-up and they continue to remain friends.

Earlier, speaking to Deccan Chronicle, Rishi had said, "My eighth month of treatment started on May 1 in the US. But God has been kind! I am in remission, meaning now I am cancer-free.”

He further added, “I will have to do a bone-marrow transplant which in all probability should take another two months minimum. Being in remission is a big thing and it’s all because of my family and my fans prayers and duas that have worked. I thank them all.”