Disha sends love to her fans with a wink and pout and flashes a victory sign. She has used weight-lifter and flexed biceps emojis to describe her photo, which proves she is all set for her workout session. 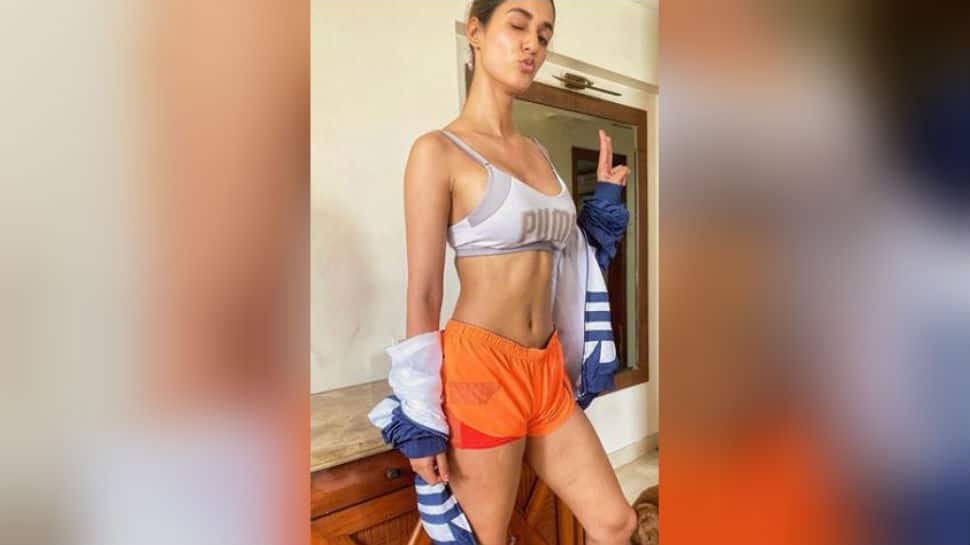 Actress Disha Patani is giving us major weekend vibes in a funky casual outfit she chose to wear on a lazy Sunday afternoon, but her fans are going gaga over her pose and why not as she winks and pouts in the picture. In an orange shorts and grey tee, paired with a jacket, Disha sends love to her fans with a wink and pout and flashes a victory sign. She has used weight-lifter and flexed biceps emojis to describe her photo, which proves she is all set for her workout session.

The comments section is repleted with heart emoticons and her sister Khushboo Patani said, “Hell yeah,” adding a flexed biceps emoji. Other comments such as “hotness overload” and “fitness freak” were also posted.

Amid the coronavirus lockdown, Disha has shared several posts from her quarantine diary and each of them have been liked by her million fans. The posts are proof that she is at the top of her social media game.

Meanwhile, Disha has also beauty vlogger and released her first-ever make-up tutorial video. Sharing the video with her Instafam, she wrote, “Hey guys, my new video is live on YouTube. Do watch and share your feedback.”

On the work front, Disha, who was last seen in ‘Malang’, has Salman Khan's 'Radhe' and 'KTina' coming up. She recently signed up for 'Ek Villain 2', which stars Aditya Roy Kapur and John Abraham.