Anupam Kher's statement comes against the backdrop of Naseeruddin Shah's interview in which he called the former a "sycophant and a clown who should not be taken seriously." 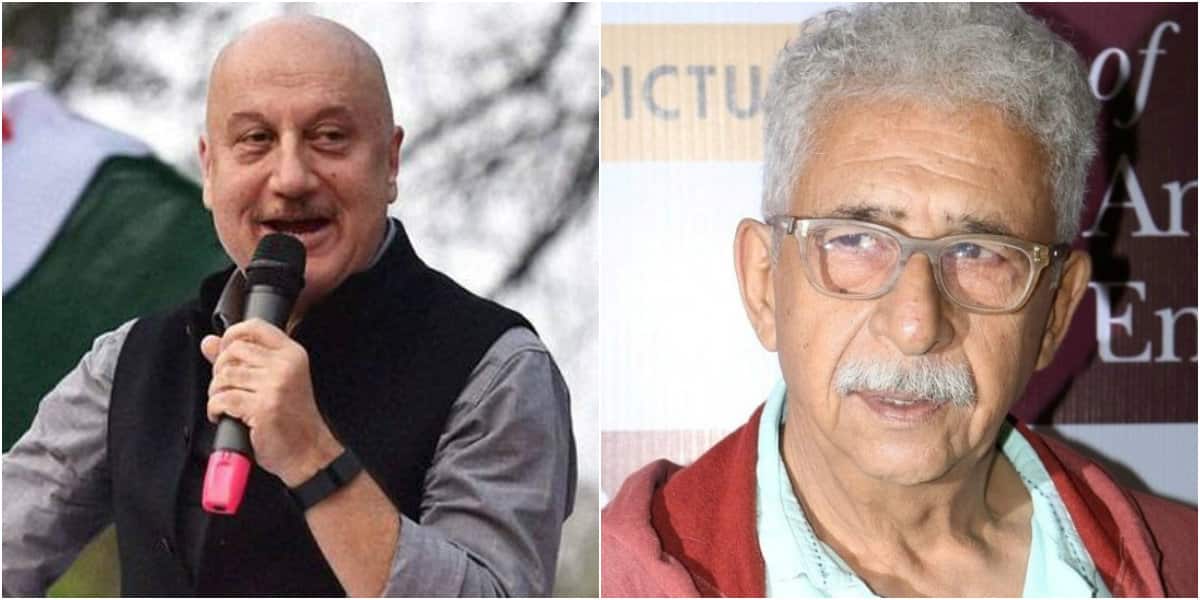 New Delhi: Veteran actor Anupam Kher has slammed his colleague Naseeruddin Shah for calling him a "clown" and said that despite achieving so much in life, he is "frustrated". His statement comes against the backdrop of Shah's interview to The Wire in which he called Kher a "sycophant and a clown who should not be taken seriously". He said that while discussing about the protests against the Citizenship Amendment Act and film industry's support to the government on the issue.

Responding to his 'A Wednesday' co-star, Kher took to Twitter to share a video message for him with a caption that read, "My deep love-filled message for Janaab Naseeruddin Shah. He is elder to me in age as well as in experience. I have always respected his art, but it is very necessary to respond to some statements. This is my response."

In the video, he said, "I saw the interview you gave about me. Thank you. I would like to inform you that I never take your remarks seriously. Even though I have never bad-mouthed about you. But now I will say - you have spent your entire life (even after achieving success) in frustration. If you can criticise Dilip Kumar, Amitabh Bachchan, Shah Rukh Khan, Rajesh Khanna, Virat Kohli... then I am sure, I am in great company."

"These celebrities have never replied to your statements and no one has taken your statement seriously because we all know that this is not you... but the external substance you have consumed since years... and that is why you can't differentiate between what is right and what is wrong. If by saying bad about me gives you the publicity for 2-3 days, then I wish you this happiness. May God bless you. And do you know what is in my blood? Hindustan. Do understand this," he added.

On Kher, Shah had said, "Someone like Anupam Kher has been very vocal. I don't think he needs to be taken seriously. He's a clown. Any number of his contemporaries from NFD and FTII can attest to his sycophantic nature. It's in his blood, he can't help it."

Malaika Arora trolled for her 'lounging around' pic, told she is 'trying hard to look young'