Bhumi, who plays the 'patni' Vedika in the film, will address the quirky issues faced by husbands and wives and also look at giving them hilarious solutions to their funny issues. 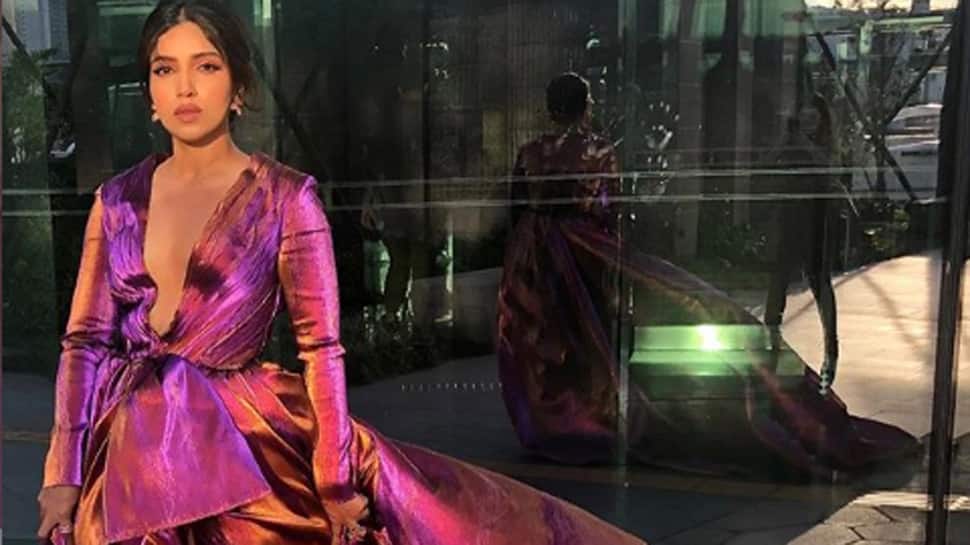 Mumbai: Actress Bhumi Pednekar, who is currently promoting her upcoming film "Pati, Patni Aur Woh", has come up with an exciting social media campaign titled "Vedikas Loveline" to promote her film, by connecting with the 'patis' and 'patnis' across India.

"Vedika's Loveline is a fun social media campaign that I'm kickstarting to connect with all the 'patis and patnis'. I will look to sort out the unique, quirky and funny issues that they face in everyday life with their other halves," Bhumi said.

Bhumi, who plays the 'patni' Vedika in the film, will address the quirky issues faced by husbands and wives and also look at giving them hilarious solutions to their funny issues.

"Having played a 'patni' in 'Pati, Patni Aur Woh', I do have some fun tips and solutions to share to all the husbands and wives and I will be looking to interact with them on the same. I believe our conversations will be hilarious and through this idea we will be able to reach out to an incremental set of audiences for the marketing of our film," he said.

The film is a remake of the 1978 comedy directed by BR Chopra. It featured Sanjeev Kumar, Vidya Sinha and Ranjeeta Kaur.

The new version of "Pati Patni Aur Woh" is set to release on December 6.

Tanuj Virwani: Digital space changed my life as an actor