Here's why Sonam Kapoor changed her name on social media

Bollywood actress Sonam Kapoor's name change on social media has left her fans confused. Anybody who follows her handles rigorously would notice that her display name is now Zoya Singh Solanki. 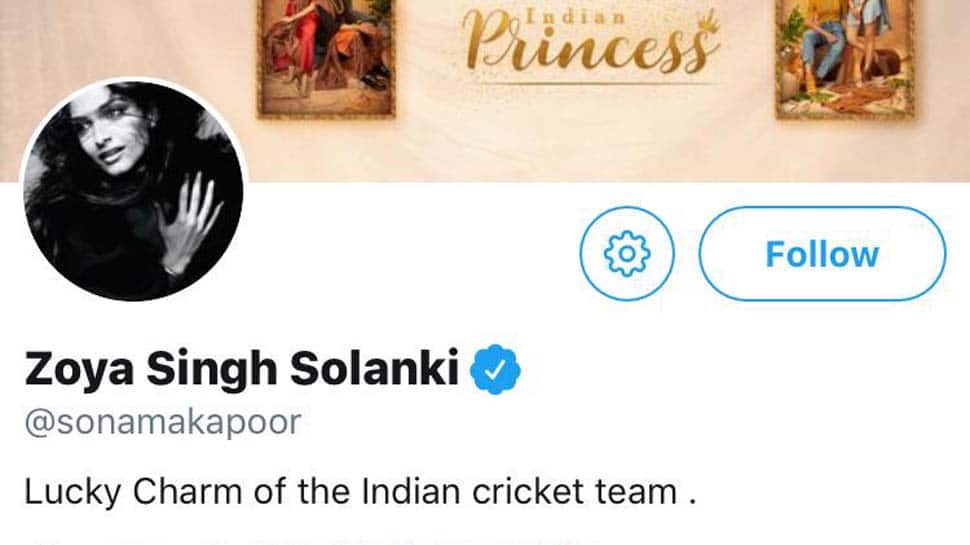 New Delhi: Bollywood actress Sonam Kapoor's name change on social media has left her fans confused. Anybody who follows her handles rigorously would notice that her display name is now Zoya Singh Solanki.

However, it turns out that her name change on social media is related to her upcoming film The Zoya Factor as her character'' name is Zoya in the film. Previously, Sonam Kapoor's twitter handle was 'Sonam K Ahuja' which has now changed to 'Zoya Singh Solanki' seems like the actress has started promoting her upcoming film on social.

The film has gone on floors already and the makers have also released the first look of the film, which features the lead actors of the film.

It is based on Anuja Chauhan's best-selling novel 'The Zoya Factor'. In the first look, Sonam and Dulquer are holding the copy of the novel and it also has the character name of both these actors.

Zoya Factor is about a Rajput girl named Zoya Singh Solanki who meets the Indian Cricket Team through her job as an executive in an advertising agency and ends up becoming a lucky charm for the team in the 2010 T20World Cup. Eventually, Zoya falls in love with a skipper named Nikhil Khoda.

Directed by Abhishek Sharma, the film will be produced by Fox Star Studios and Adlabs Films. It is all set to hit the screens on April 5, 2019.