In her latest Instagram post, Hina is seen wearing a red saree and we bet her look will make you go weak in the knees! 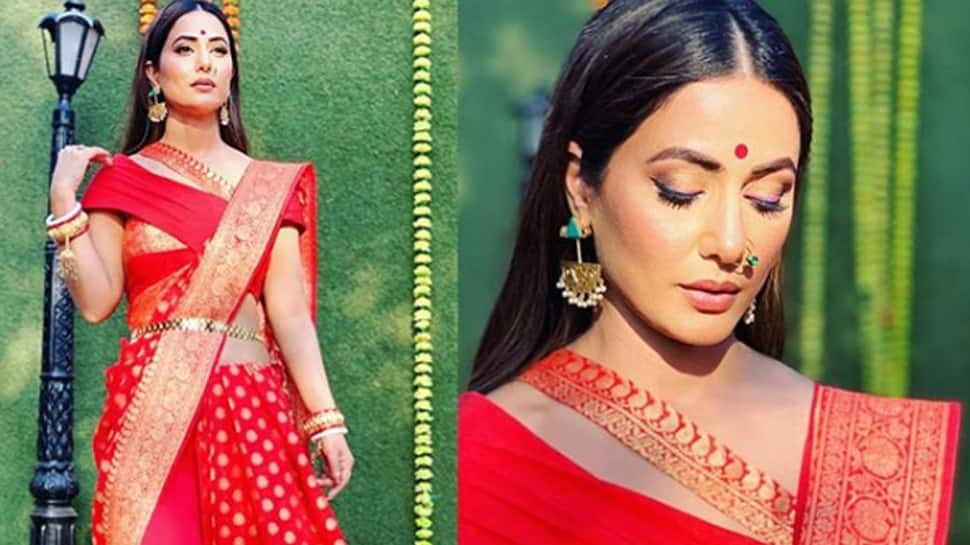 New Delhi: One of the most sought-after actresses of Indian television, Hina Khan is an avid social media user. The actress is currently seen playing the role of Komolika and loves showing off her 'Komo swag'. She often shares pictures and videos as Komo (short for Komolika) and wins hearts with every new post.

In her latest Instagram post, Hina is seen wearing a red saree and we bet her look will make you go weak in the knees!

The caption is, “Reddd Coz Komo is a Teekhi Laal Mirchi PostWeddingKomoSwag @tripzarora”

Recently, she was bestowed upon with the Best Stylish TV Personality of the year award by Lions Gold Awards. Expressing her happiness over winning the award, Hina wrote on Instagram, “Yes , it’s a great feeling to know that you are being awarded for your achievements.. It’s always great to be attending an award show or a felicitation event but it becomes more special when you get it even when you are not attending it physically. Thank you @lionsgoldawards for honouring me with #BestStylishTVPersonality of the year You made me believe again in the genuine recognition of sheer hard work. Yes I got it for the WORTH so it begins.. My first in 2019 and many more to come inshallah..”

On the personal front, she is dating Rocky Jaiswal and often shares cutesy pics and videos with him.