I don't understand what the fuss is about: Boney Kapoor on National Awards row 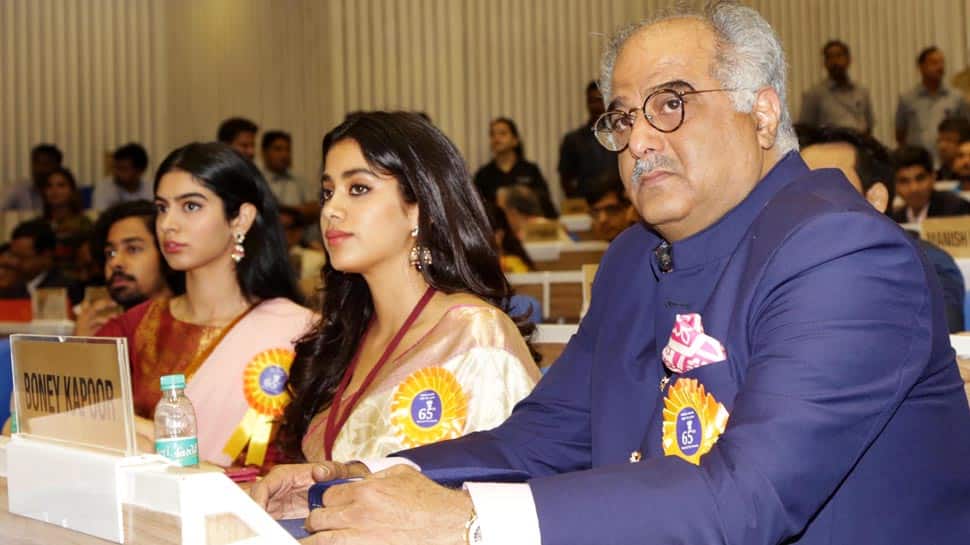 New Delhi: Late Bollywood actress Sridevi's husband Boney Kapoor, who received the National award on her behalf says he doesn't understand what the fuss was all about and added that he would have been equally happy had the National Film Award been presented by Smriti Irani in place of President of India Ram Nath Kovind.

"I would have been equally happy if the Minister of Information and Broadcasting had given me the award. It is ultimately the recognition of your work. I don't understand what the fuss is about. There is no harm in receiving the award by the concerned ministry, " Boney told ANI.

Boney Kapoor who went to collect Sridevi's National Award with daughters Janhvi Kapoor and Khushi Kapoor felt extremely proud of his wife but at the same time expressed his sadness over her absence.

"I am extremely happy and proud. This is what she's got after working for 50 years in the industry; she would have cherished this award all her life. This is the highest honour. We miss her and today we miss her even more. I would have preferred, she going and accepting the award and me and my children sitting down and clapping for her," Kapoor told ANI.

Sridevi passed away at the age of 54 earlier this year in Dubai, where she had gone to attend her nephew Mohit Marwah's wedding.