I have seen many selfish people in the industry: Kangana Ranaut

Actress Kangana Ranaut has once again targeted film industry colleagues, saying that there are many selfish people in Bollywood, who show indifference towards people of our country. 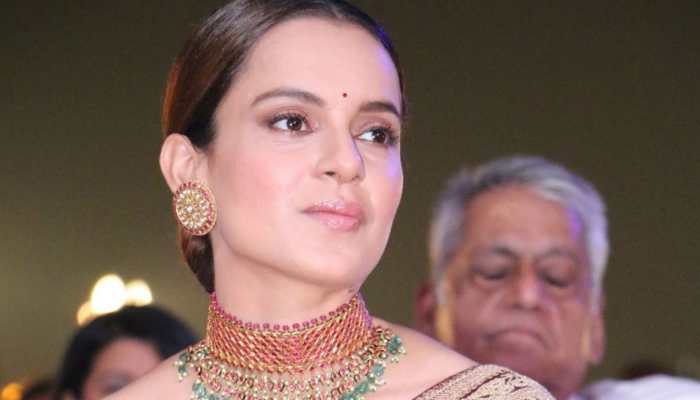 Mumbai: Actress Kangana Ranaut has once again targeted film industry colleagues, saying that there are many selfish people in Bollywood, who show indifference towards people of our country.

Kangana Ranaut was interacting with the media at the press conference of Cauvery Calling Tree Plantation Campaign on Thursday in Mumbai.

The Brihanmumbai Municipal Corporation (BMC) recently gave approval to cut over 2,600 trees for a Metro car shed in the Aarey Colony adjoining suburban Goregaon, which is known as the major green lung of the city. Celebrities including Lata Mangeshkar, Shraddha Kapoor and John Abraham have expressed their disappointment over the civic body's decision.

Asked whether she would like to appeal her colleagues from film industry to talk about Aarey colony issue, Kangana: "I think everyone should come forward to talk about Aarey Colony issue and I would like to urge the media to set high standards for themselves because I have seen very selfish people in this industry. They show a lot of indifference when it comes to our country and people of our country. I feel media and people of this country should decide to whom they want to put on a pedestal. I feel power should be given to those who don't misuse it."

She added: "I cannot emphasize more on this subject and if this campaign becomes successful then we can launch a campaign in draught affected areas of Maharashtra where we can convert farmers into tree-based farming. I think it's more about emotion which comes from your heart and if you don't feel about the issue then no one can do anything about it."

She said: "I feel we need to resolve that issue. If we start cutting trees like this then it is not a correct thing and it shouldn't be allowed. When we reconstruct or renovate a building that time, we find alternate places for people who are living over there. But we don't think in a similar manner when it comes to animals and trees. I feel Aarey Colony is very scanty and trees over there are far from each other so, we can insert saplings in middle of those trees. I feel we can wait for metro rail project but we can't afford to cut trees and make this city like concrete jungle."

Shailene Woodley helping to save oceans