Actress Sara Ali Khan, who is currently riding high on the success of her latest release "Simmba", says acting has always been a dream for her, but then she got distracted because she was very "nerdy". 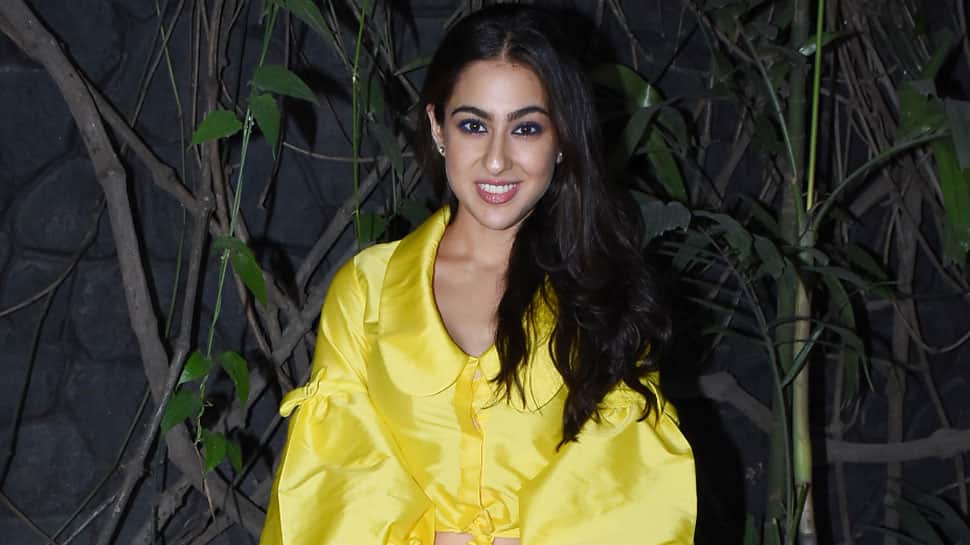 Singapore: Actress Sara Ali Khan, who is currently riding high on the success of her latest release "Simmba", says acting has always been a dream for her, but then she got distracted because she was very "nerdy".

Was performing in front of the camera her first career choice?

"When I finished the tenth grade, I was almost convinced that I wanted to do medicine. But the thing is that I have a mild tremor problem and I realised that I can't do surgery. So, I decided to do law and I studied History and Political Science. But then in my last year, I did an acting course," Sara said at a Leadership Lecture Series of Global Indian International School here on Sunday.

The 25-year-old actress said she was always studious.

Describing herself, she said she is "somebody that till date loves reading and has studied almost every subject and has thoroughly enjoyed it in a university like Columbia and a city like New York". But the rush that she felt while doing theatre on stage, she says she had never felt like that.

"That's when I knew what I knew since I was a child."

Sara said her mother used to take away her books.

"Acting has always been a dream, but then I got distracted. Firstly, I was really fat and secondly I was very nerdy, and the combination meant that I shouldn't be acting. So I used to keep studying and there was a time when my mother used to confiscate my books because she would say it's not normal to study so much," she said.